The SportsLiteSports at just one click!
HomeCricketList Of All Brother Pairs In IPL history
CricketIPL 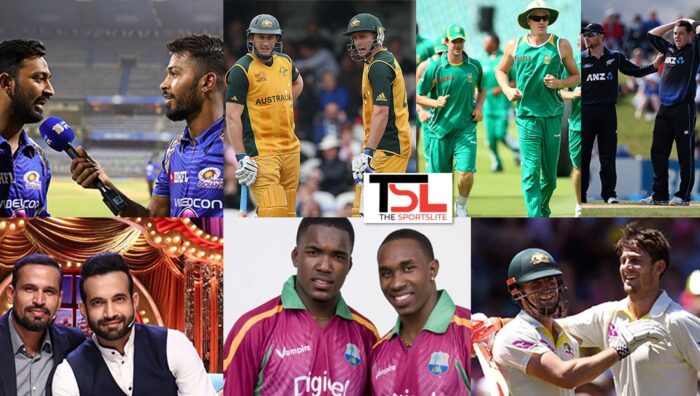 The Indian Premier League comes with a fresh set of players alongside the pros and legends together. One of the very fascinating aspects to witness in IPL is the brother duos. There are various such siblings who play in this league sometimes together or for separate teams. Let us find out in this article the list of all brother pairs in IPL.

Have a look at these Brother Pairs in IPL History 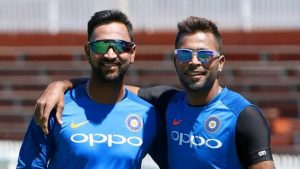 The Pandya brothers are a fortunate pair of siblings indeed to get to play alongside each other. In the IPL players’ auction of 2015, Hardik was purchased by Mumbai Indians for a base value of 10 lakhs. The following year his brother Krunal was contracted by the same team for a value of 2 crores. They have shown impeccable performance since their roles have been active in the team. They continue to remain an integral asset for the Mumbai Indians.

Also Read: List of All the Purple Cap Winners in IPL history

Irfan Pathan and Yousuf Pathan: List Of All Brother Pairs In IPL 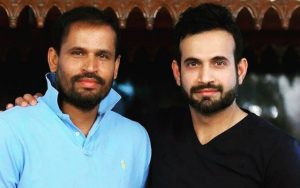 Even though the Pathan siblings shared the field alongside each other in the international matches, IPL had other plans in store for them. Reports suggest that their mother wished for them to play for a similar franchise. Unfortunately, that did not happen and the two brothers played in the same league but for different teams. Irfaan was purchased by the Kings XI Punjab in the 2008 edition of the IPL. He went on to play with five more outfits in the league.

Yusuf Pathan on the other hand also started his IPL career with the winning team of the debut season that is Rajasthan Royals. However, life had plans to make Yusuf taste victory twice and he was purchased by the Shah Rukh Khan owned Kolkata Knight Riders. He went on to win IPL two more times with KKR after his first win with Rajasthan Royals. 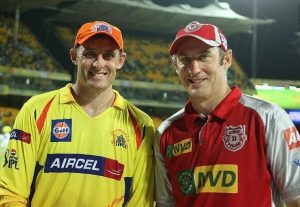 The former Australian ‘Mr. Cricket’ as he is known, Michael Hussey used to play for the Chennai Super Kings in IPL. In the 2014 edition of the tournament, he was purchased by Mumbai Indians during the auction. After his release from MI by the end of that season, he returned back to CSK. Michael’s brother, David Hussey however was taken in by Kolkata Knight Riders and then got contacted by Kings XI Punjab during the fourth season. He represented the Chennai Super Kings in 2014 and did not accept any offers since then. The Husseys are one of the most notable additions to the list of all brother pairs in IPL. The Morkel brothers are another to the list of all brother pairs in IPL. Albie Morkel has been one of the key players to represent Chennai Super Kings from the very beginning. Royal Challengers Bangalore purchased him during the inception of the 2014 season. However, he joined Delhi Daredevils before the beginning of the 2015 league.  The following year found him representing the Rising Pune Supergiants team.

Morne Morkel played during the first three seasons of IPL with the Rajasthan Royals. He moved on to Delhi Daredevils and right after the team released him, he got purchased by Kolkata Knight Riders. He has been a part of KKR ever since. 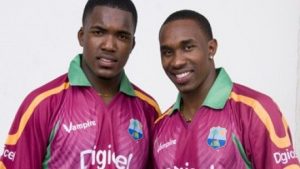 An integral part of the Mumbai Indians team was Dwayne Bravo. He played in the team for the first three years of the Indian Premier League. After that in the 2011 edition, he packed his bags off to play for Chennai Super Kings. Dwayne’s success knew no bounds post joining CSK.

However, Dwayne’s brother Darren Bravo did not get the opportunity to enjoy his time at the IPL. He was purchased by the Deccan Chargers but unfortunately, he got to play only one match. In other news, Kolkata Knight RIders happened to successfully purchase him in the last auction of the IPL. 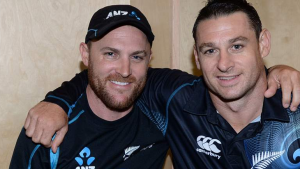 The former batsman and wicketkeeper of the New Zealand cricket team, Brendon McCullum has been a sheer bliss to witness in the IPL. Having started off his IPL tenure with Kolkata Knight Riders in 2008, he played in the team for two years. After this, he shifted for some time to the Kochi Tuskers Kerela and then again came back to KKR in 2012. The seasons of 2014 and the following year found him playing for the Chennai Super Kings. Even after the expiry of his three-year IPL contract, Brendon was signed in by the Gujarat Lions in the year 2016.

The other McCullum brother Nathan has played for the teams Pune Warriors and Sunrisers Hyderabad. He is reportedly not playing in the Indian Premier League this season.

Shaun Marsh and Mitchell Marsh: List Of All Brother Pairs In IPL The occasional spin bowler and left-handed batsman, Shaun Marsh has been an important part of the Kings XI Punjab in the Indian Premier League. To date, he has not changed sides and has been committed to this team.

However, his brother Mitchell Marsh is an all-rounder as well. He joined the IPL in 2010 as a draft in the squad of Deccan Chargers. Afterward, he was purchased by Sahara Pune Warriors in 2011 where he alongside his teammates were trained under his father’s tutelage. In the year 2016 Mitchell shifted to the Rising Pune Supergiants and has not joined any other team. However, due to a persistent injury, he has chosen to opt-out of this year’s Indian Premier League.