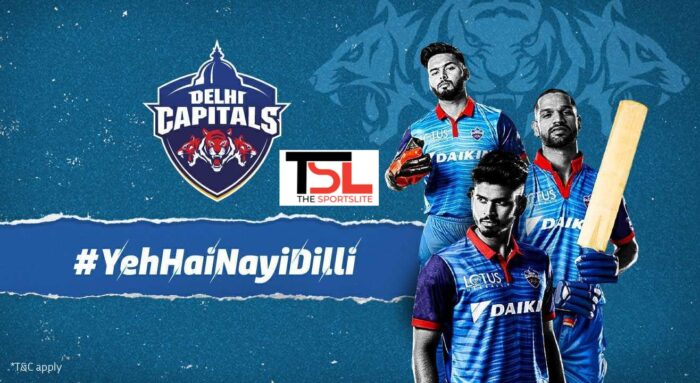 The Indian Premier League (IPL) 2021 resumes on September 19. Fans have quite certainly marked their dates. The Board of Control for Cricket in India (BCCI) announced the schedule of the second half of the season on Sunday (July 25). The remaining 31 games will take place in UAE. Let’s have a look at the Delhi Capitals schedule for the remaining season of IPL 2021.

For the unversed, IPL 2021 was called off midway due to the COVID-19 virus. It was initially scheduled to take place in April-May, Delhi Capitals would have been gutted with the season suspension as they were on a roll in the tournament. In Shreyas Iyer’s absence, Rishabh Pant marshaled the troop brilliantly and took them to one staggering win after another.

Delhi Capitals was at the top of the team standings at the time of season suspension. They secured six victories out of their eight games. The Capitals ticked almost all the boxes and many even backed them to clinch the elusive title. However, the second wave of the coronavirus forced Delhi Capitals to halt their purple patch.

Also read: Know everything about Delhi Capitals – “This is New Delhi“

However, this break might prove to be a blessing in disguise for DC. The regular skipper Shreyas Iyer would participate in the remaining competition. This is indeed not a great piece of news for other teams as DC already possesses a daunting batting line-up. Openers Shikhar Dhawan and Prithvi Shaw gave DC a scintillating start regularly while Rishabh Pant, Shimron Hetmyer, and Marcus Stoinis contributed well in the middle order.

The bowling side of DC happens to be very strong. It comprises spinner twins Ravichandran Ashwin and Axar Patel with the company of Kagiso Rabada, Chris Woakes, and Avesh Khan. Now, there’s hardly any shortcoming in the side, and DC, runners up of the last season, must back themselves to go all the way this time around.

Notably, they need just two wins in their remaining six league-stage games to make a place in the playoffs. Meanwhile, DC will resume its IPL 2021 campaign against Sunrisers Hyderabad on September 22.