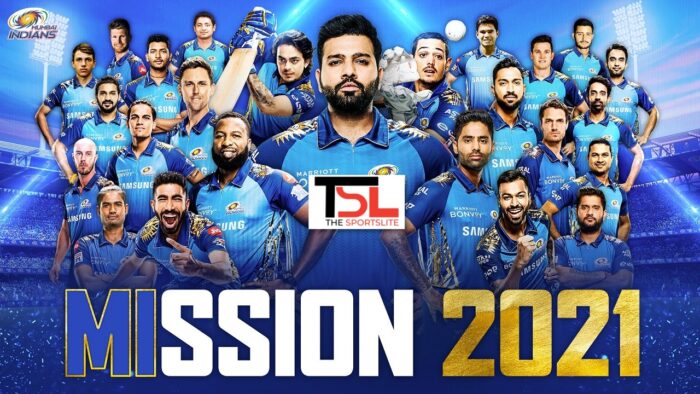 The countdown begins, as the schedule of the latter half of Indian Premier League (IPL) 2021 is released. The Board of Control for Cricket in India (BCCI) announced on Sunday (July 25). The season starts on September 19. Therefore, all the teams must gear up to make their mark in the Arab nation. In the article, we will know all about Mumbai Indians schedule for the second phase of the IPL 2021.

IPL 2021 was initially scheduled to begin in India during the span of April-May. However, the COVID-19 pandemic forced the BCCI to postpone the tournament in the middle. The remaining competition will begin in a couple of days. The UAE leg will not prove to be the same for all sides. 29 games are over out of the 56 league-stage games. While some teams would like to keep their purple patch on, others would definitely aim for a change of fortune.

Mumbai Indians will certainly be one of the most confident teams being the defending champions. The Rohit Sharma-led side bagged a massive victory in last year’s IPL in UAE. Mumbai Indians also played quite fine in the first half of the tournament this year. Bagging four wins in seven games, MI secured the fourth rank in the team standings. This was at the time of suspension of the season. Therefore, they must win at least four of their remaining seven league-stage games. That will lead them to a hassle-free journey into the playoffs.

This seems to be no less than a piece of cake for the five-time champions. All other teams should rather be aware of that. The presence of shortcomings in the team of Mumbai Indians is barely noticeable. The batting order of Mumbai Indians seems super strong with Rohit Sharma, Kieron Pollard, and Hardik Pandya in the ranks. At the same time, the bowling side has some finely gifted players such as Jasprit Bumrah, Trent Boult, and Rahul Chahar.

To be honest, all the Mumbai Indians’ playing XI comes from national-level experience. This may give us an idea of the team’s strengths. Meanwhile, the defending champions will resume their campaign with a head-to-head encounter against Chennai Super Kings on September 19.