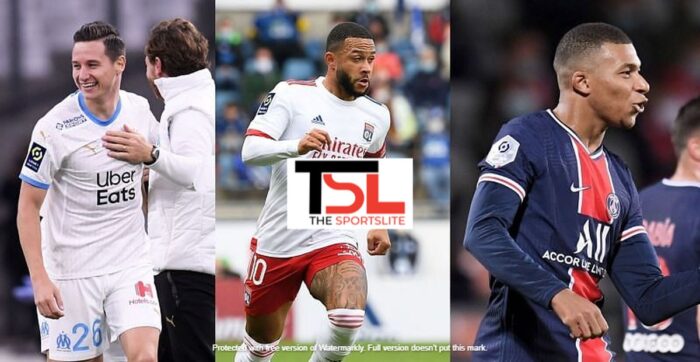 The French League has been a constant source of quality over the seasons, who eventually shined on the global stage. The 2020-21 season has been nothing different highest goal scorers in Ligue 1, especially in terms of scoring goals.

The 27 year old French forward had a season to remember before the transfer from Montpellier to Rennes. He didn’t go under the radar, as he was monitored by English and German clubs. Laborde scored 16 times in the league out of 38 games, while accumulating an impressive 40 shots on target. He gets the 5th spot on our list.

Also Read: List of Players with Most Appearances in Ligue 1

The Turkish veteran was instrumental in Lille’s title win. The 36 year old had a delightful season, with 16 goals under the belt in just 23 starts earning him the 4th spot in our list.

The ex-Sevilla striker was often lauded throughout his time in spain as a playmaker as well as forward instincts. Ben Yedder didn’t lose his great ability in France either, as he showcased in the 2020-21 season with 20 goals in the league. He gets the 3rd spot in our list of top five highest goal scorers in Ligue 1 in 2020-2021.

The dutch winger dazzled in his last season in Olympique Lyon. He secured a transfer to FC Barcelona over the summer window. Memphis was immensely efficient in front of the goals at Lyon, scoring 20 goals. This earns him the 2nd spot in our list.

The French wonderkid transitioned one step closer to a world class icon in the 2020-21 season. Apart from having an excellent season at the European stage, the French forward looked as good in the league with 27 goals. He earns the top spot in our list of highest goal scorers in Ligue 1 in 2020-2021.