The SportsLiteSports at just one click!
HomeFootballAC Milan have won the Scudetto. They are Rightfully Back
Football

AC Milan have won the Scudetto. They are Rightfully Back

The start of a new era? 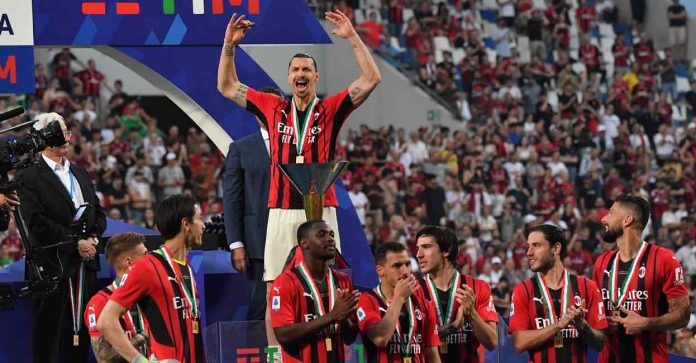 AC Milan are the champions in Itlay after a title fight which went down to the very last matchday. They safely avoided any shocking result by Sassuolo as they defeated them 3-0 and managed to complete the job. They beat their city rivals Inter Milan by just 2 points as they scored 86 points and Inter managed a title-challenging 84 points. It was a massive moment for AC Milan’s supporters as they won their 1st Serie A title in 11 years.

Read Also: Top 5 Most Valuable Clubs In The Premier League

AC Milan carefully settled their nerves very quickly in the game after they scored the first goal at the 17th minute, courtesy of Olivier Giroud. In previous years there were a number of clubs when the title race went down to the last matchday and they did not calm their nerves and had to lose the title. But the experience of Giroud and Zlatan really played the factor in Milan’s crucial win. Along with that experience, the youth talent of the likes of Rafael Leao and Theo Hernanadez was very beneficial for Milan to win their Scudetto. The unbeaten run that they created since January was surely an example of how Milan has improved.

This could really be the start of an era that AC Milan can create again which they were once known for. They have really done a good job and in the management too as they have changed their recruitment system and have really utilised their transfer budget in really impactful signings. All in all, the footballing world can consider that AC Milan are back and should be careful of them in next season’s Champions League.

Read Also: Top 5 Teams with Most Serie A titles in History