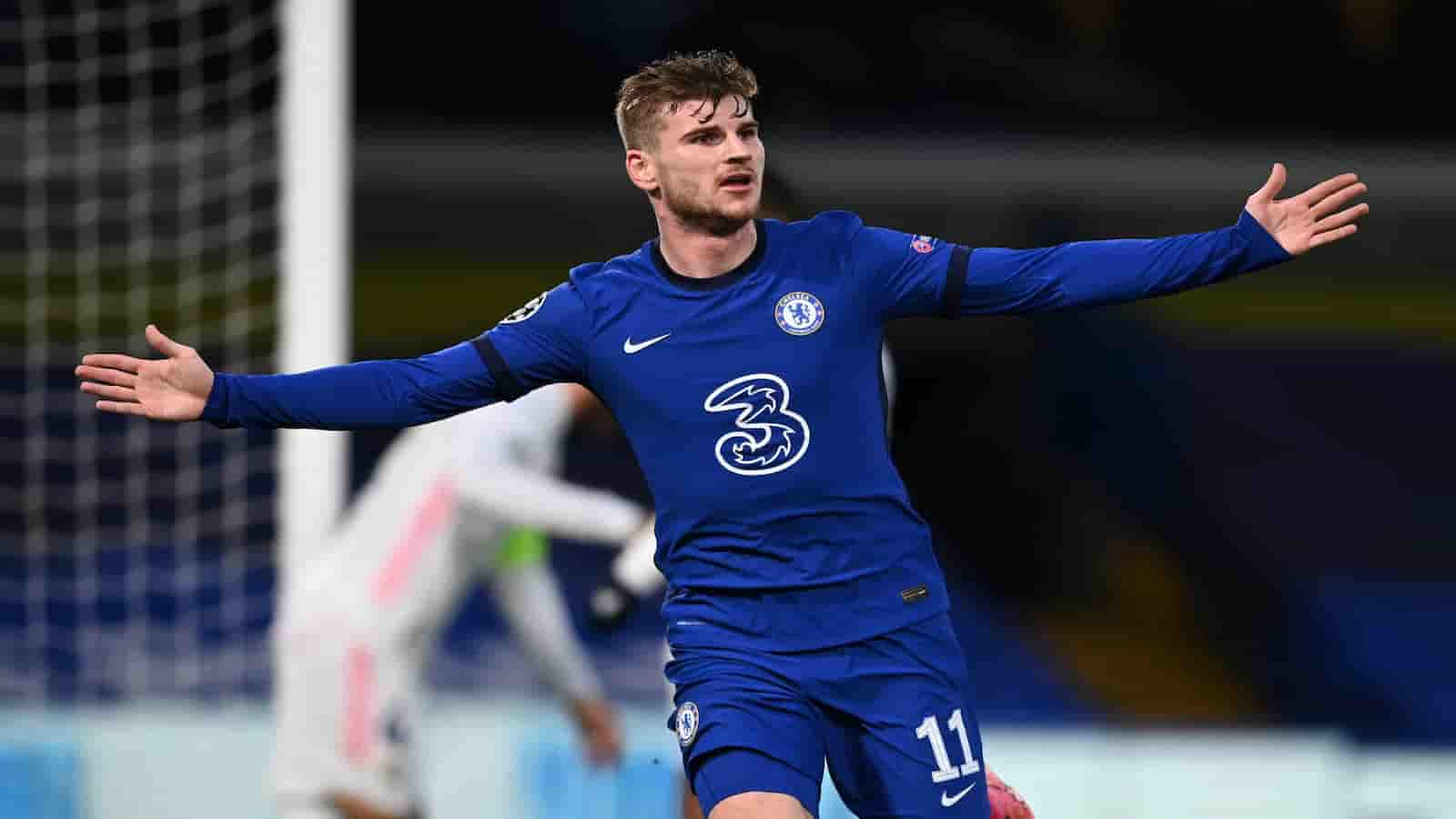 According to widespread Spanish reports, there is a surprising transfer rumour that the Champions League winners Real Madrid are considering a move to sign Chelsea‘s Timo Werner. The German international has struggled to replicate his incredible RB Leipzig form since moving to west London in a 56 Million Euros transfer deal in June 2020. Since his move his goal record and goal ratio has been dropped massively, but he is clearly talented as he has already scored more than 130 goals in his career for Stuggart, Leipzig and Chelsea and he has also scored 24 for Germany before the age of 26.

Read Also: Messi is set to return to Barcelona in 2023, reports.

But despite his poor form recently under Tuchel, Real Madrid are still interested in signing the German and the Spanish reports suggest that the striker is available for just 35 Million Euros. There is also some speculation that this could be a season-long loan with an option to buy in 2023 and if this sort of deal indeed happens, it would definitely be beneficial for the Spanish Giants. Werner would be a significantly better backup striker to Karim Benzema than Madrid’s current backup Mariano Diaz for just one year and even if it didn’t work out, the striker could always return to Stamford Bridge.

But this deal from a Chelsea perspective is a little risky as they’ve already loaned out Romelu Lukaku to Inter Milan in a season-long loan deal, and hence it would be really difficult for them to offload another forward even if it is for a single year. So it’s highly unlikely that the Blues let Werner go especially given the investment made by Manchester City and Liverpool on Halland and Nunez respectively. So it would be interesting to see how this transfer saga develops.