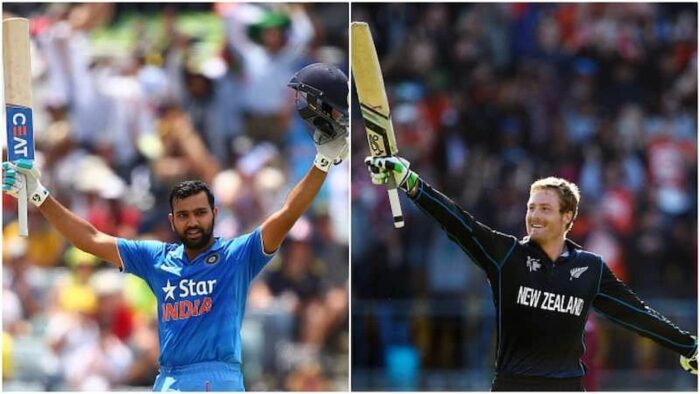 Stocks in T20 matches have gone higher in the past few years as fans absolutely love the dynamics of this format. The momentum can shift within a span of few balls and hence, players can’t afford to get complacent at any stage of the contest. Players also need some specific skills to star in the 20-over version. While T20 tests different aspects of a player and team, the consistency of the player is another great challenge. In this article, we will look upon the players with 100 or more T20 International matches.

Ross Taylor has been a fulcrum of New Zealand’s batting across formats for more than 10 years. He also captained New Zealand for over 2 years. However his 2 year captaincy stint ended in a controversy when it was emerged that he has not comfortable relationship with the coach, Mike Hesson. At the 2019 World Cup he was key to New Zealand’s impressive semi-final victory over India with a fine half-century in tricky conditions.

He played 102 T20I games for New Zealand. This is quite a big number to remain fit and play games for your country for so long. He scored 1909 runs in his T20I career which include 7 fifties. He came as a solution to New Zealand’s middle order problem.

Kevin O’Brien had his name imprinted on the Irish cricketing lore with golden words. His brilliant century against England at the World Cup still remains the highlight of his career. He came at a time when the team was 106-4. in reply, he hit the fastest century in World Cup; in 50 balls. With his century, Ireland set up a historic three wicket win over England. As well as a belligerent batsman, O’Brien is also a canny medium-paced bowler, and he has developed his variations during his career.

He played 110 T20I games for Ireland. Brien scored 1973 runs in his time in T20Is. He has a brilliant hundred to his name. Apart from a hundred, he also scored 5 half centuries. Over a time, he remains the vital cog for Ireland.

Guptill showed he had it in him to dominate all format. He is an attacking player. Guptill showed an impact in the White ball cricket, but he struggled to make a mark in Tests. One of the reasons he hasn’t had success in the longest format is his preference to play with hard hands and drive on the up. He is a regular part of New Zealand cricket team.

Eoin Morgan remained an indispensable member of the one-day side. He started the new template for England. England plays attacking cricket and this man is responsible for that template. In 2019 World Cup, he led his team to the victory and became the first English captain to lift a global 50- over trophy. But he was not able to felt his presence in the Tests and ended prematurely when he just played only 16 matches. He only scored 700 runs in his Test career with 2 centuries.

He played 113 T20I matches for England. In these matches, he scored 2428 runs which includes 17 fifties but without any hundred. He remained an important finisher for England in White Ball format.

An allrounder who bowls tidy off spin and bats in the middle order, Mahmudullah is a vital asset for Bangladesh Cricket Team. He was labelled as a limited over specialist for some time when he was in red hot form. Apart from his batting, he can win matches for his team with his off spin bowling. Recently, he took retirement from Test Cricket.

He played 113 T20I matches for Bangladesh and scored 1971 runs in his time in T20 internationals. Mahmudullah has also 6 fifties to his name. He has also taken 36 wickets in this format.

And the third on the list of players with 100 or more international matches is classy Indian opener Rohit Sharma. Rohit is the most successful captain in the Indian Premier League, winning the title 5 times. Recently, he has also given the full time captaincy for Team India in White ball format. The way Rohit developed himself into a Test batter was just amazing. He defends the balls well and also got to his maiden Test overseas hundred.

In T20Is, he played 119 matches for India and scored 3197 for Team India in T20I format. he has 4 centuries to his name in this format. Apart from the centuries, he also has 26 half centuries.

Also Read: What Is Batting And Bowling Average? How It Is Calculated?

As a player, Hafeez gives the team plenty of options: he usually bats aggressively at the top of the order, but his organized technique also means he can switch to defensive mode if required. He is one of the best fielders in the Pakistan team. It is his usefulness with the ball, though, that has kept him lingering around the Pakistan setup for so long. His consistency gives his side another option.

In T20Is, he played 119 matches for Pakistan and scored 2514 runs for Pakistan in the shortest format. He scored 14 half centuries in the format with his high score being 99*.

And on the top of the list of players with 100 or more T20 international matches, there is also Pakistani middle order batsman. There is almost no role in a cricket side that Shoaib Malik hasn’t filled, so much so that over ten years into his career, nobody is sure what his precise and best role is. In essence, he is a batting allrounder, though he started his career as an off-break bowler. In Twenty20s, he can be brutal anywhere. He was for long earmarked as a potential captain.

He has been game-changing as a limited-overs one down and dangerous as a lower-order slogger. In T20Is, he played 124 matches and scored 2435 runs for Pakistan in T20Is. Also, he has 9 half centuries to his name.