The SportsLiteSports at just one click!
HomeCricketWhat is Batting and Bowling average? How it is Calculated?
CricketForever Facts

What is Batting and Bowling average? How it is Calculated? 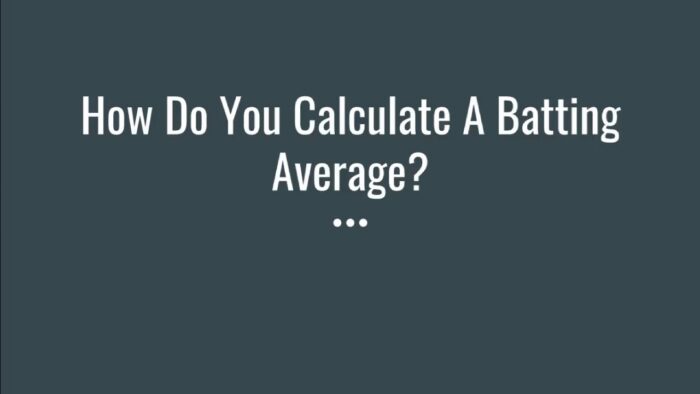 In todays world of technology, cricket is even more reliant on technology. Hundreds of cameras are being situated in the cricket grounds nowadays. Due to all advancement of technologies, even stats of crickets also become more handy than earlier. One of the stats in cricketing game is Batting and Bowling average. But, what is it about the batting and bowling average that makes it worth a mention. How does it even work? In todays’ article, we will see what is batting and bowling average and how it is calculated.

What is Batting Average?

Batting Average in Cricket can be defined as the average number of runs scored by a batter before he gets dismissed every time he comes out to bat for his team. Higher the average, the more effective the batter to score runs consistently. A batting average is an average, and it can vary as the career of a batter evolves over a period of time. The batting average of a batter is an important piece of statistics as it showcases the capability of the batter. Since the number of runs scored by any batter and the number of times he gets out is fairly independent of how his team performs, it becomes an important metric to assess the individual player’s skill as a batter in cricket. Let’s look at how exactly is it calculated.

How to calculate batting average?

The formula to calculate the batting average is pretty straight forward.

Also Read: What Are Batting And Bowling Strike Rates? How Are They Calculated?

The following players have the highest average in Test Cricket. The minimum qualification is 20 innings.

What is Bowling Average?

In cricket, a player’s bowling average is the number of runs they have conceded per wicket taken. The lower the bowling average is, the better the bowler is performing. It is one of a number of statistics used to compare bowlers, commonly used alongside the economy rate and the strike rate to judge the overall performance of a bowler.

When a bowler has taken only a small number of wickets, their bowling average can be artificially high or low, and unstable. Due to this, qualification restrictions are generally applied when determining which players have the best bowling averages.

How to calculate bowling average?

The following active players have the best average. The minimum qualification is 2000 balls.