IPL is one of the best cricketing tournaments in the whole world. Over the years, we all as fans have witnessed some great performances by great players. Good to say, players, go through huge mental pressure to deliver on such a huge platform. And performing very well in the first IPL game is something that is very rare. But rarely does happen, right? So, Let’s take a look at the Top five All-time Best Debut performances in IPL history. Bumrah debuted in 2013. One of the best current-generation fast bowlers had a dream IPL debut. It was the 2nd match of the season when RCB faced MI. A 19-year-old Bumrah picked 3 very big wickets in his first match, namely RCB captain Virat Kohli and domestic cricket stars Mayank Agarwal and Karun Nair. Bumrah finished his debut spell with 3 wickets for 32 runs. 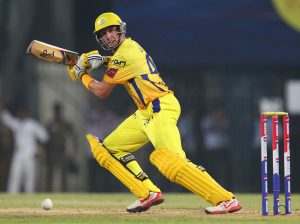 It was the 2nd ever match of IPL and first-ever match of CSK when Michael Hussey scored a blistering century in his IPL debut. Hussey scored 116* off just 54 balls with a strike rate of 214.81. Hussey helped CSK put a mammoth total of 240. M.Hussey was awarded the Man of the Match award. 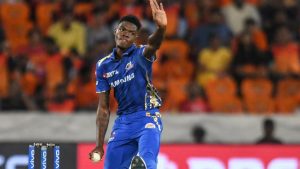 Alzarri Joseph made a fairytale debut in IPL for MI against SRH in 2019. Joseph claimed the wicket of David Warner in his first IPL ball and had a wicket maiden first over. In the next 3 overs, he got the wicket of Vijay Shankar, Deepak Hooda, Rashid Khan, Bhuvneshwar Kumar, and Siddarth Kaul. Alzarri Joseph achieved a rare feat by picking 6 wickets on his debut, conceding only 12 runs. The magical spell of A. Joseph helped MI defend a low total of 136 runs. 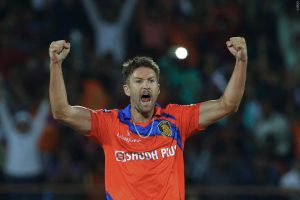 We all know how rare and difficult it is to take a hat-trick, Andrew Tye managed to do it in his first-ever IPL match. He took the wickets of Ankit Sharma, Manoj Tiwary, and Shardul Thakur. Before the hat-trick, Tye took the wickets of Rahul Tripathi and Ben Stokes to finish his extraordinary debut spell with 5 wickets conceding 17 runs. 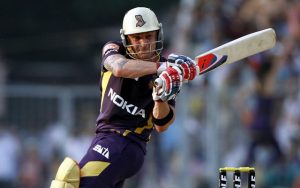 It was the first-ever IPL match where Brendon McCullum delivered the best debut performance of all time. McCullum came to open the innings for KKR against RCB. He scored an unimaginable 158* runs of just 73 balls, hitting 10 boundaries and 13 maximums. His strike rate for that innings was 216.43. KKR won the maiden IPL match by a mammoth margin of 140 runs, courtesy of that extraordinary Brendon McCullum innings.

Atish Das
A die-hard Manchester United fan who has an interest in Advertising and Photo Editing. I love to travel a lot and see this beautiful world with my own eyes!!!
RELATED ARTICLES
Tennis