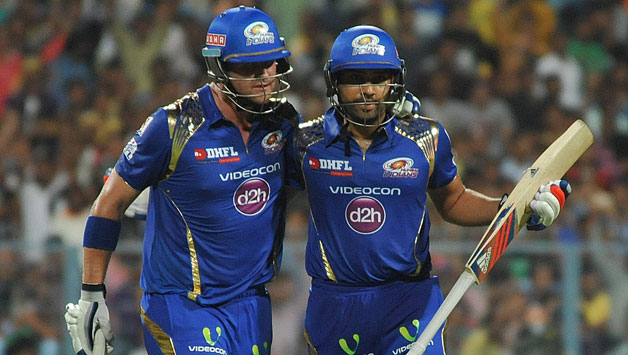 We have seen some brilliant knocks by individual players in the IPL. However, how can one forget the blistering partnerships? So here we are gonna look at the biggest 4th wicket partnerships in the IPL.

Have a look at the top 5 highest 4th wicket partnerships in the IPL.

In the 29th match of the 2013 IPL season, Pune Warriors set a total of 185 for Punjab Kings. While chasing, the team tumbled to 58 for 3 wickets in 6.4 overs. However, showing heroics through the bat, David Miller and Mandeep Singh played a promising inning. They scored an impressive partnership of 128 runs and led the team to win the match. While David Miller scored 80 off 41 balls, Mandeep smashed 77 runs off 58 balls.

In the 25th match of the 2012 IPL season, Punjab Kings scored 163 giving RCB a target of 164. RCB plunged to 25 for 3 in 5 overs and Punjab Kings were continuously crushing their winning chance. However, the GOATs Chris Gayle and AB De Villiers managed to provide stability and smashed a match-winning partnership. They scored a brilliant total of 131 runs taking the team to 158 for 5. While Chris Gayle scored 87 off 56 at a strike rate of 155, De Villiers scored 52 off 39 balls.

In the 1st match of the 2015 season, Mumbai Indians chose to bat first against KKR. Although they lost the match, the crowd witnessed a flabbergasting partnership. While the other batsmen collapsed, Rohit and Cory Anderson knocked down the bowlers and scored 131 runs. Rohit scored an unbeaten 98 off 65 balls at a strike rate of 150, smashing 12 fours and 4 sixes. And Cory Anderson smashed 55 runs off 41 balls remaining not out.

Also Read-Top Five players with most catches in IPL history

In the 35th match of the 2014 season, RCB elected to bat first against Rajasthan Royals though they lost the match. However, the Chinnaswamy ground witnessed a destructive inning from Yuvraj Singh and De Villiers. They mustered the bowlers and scored 132 runs to make a partnership. Yuvraj Singh recklessly smashed the bowlers and scored 83 off 38 balls only at a strike rate of 218. De Villiers scored 58 off 32 balls at a strike rate of 181 giving RR a decent total to chase.

In the 54th match of the 2019 season, Sunrisers Hyderabad managed to give a decent target of 176 to RCB. While chasing, RCB tumbled to 20 for 3 in 3 overs, which decreased their chance of winning. However, Hetmyer and Gurkeerat turned the tables to bring the match in their hold. They scored the highest 4th wicket partnership of all time in the IPL history with 144 runs. Hetmyer smashed 75 runs off 47 balls at a strike rate of 160. While Gurkeerat scored 65 off 48 balls hitting 8 fours and one six. Although they both were dismissed later, they won the match easily by 4 wickets.