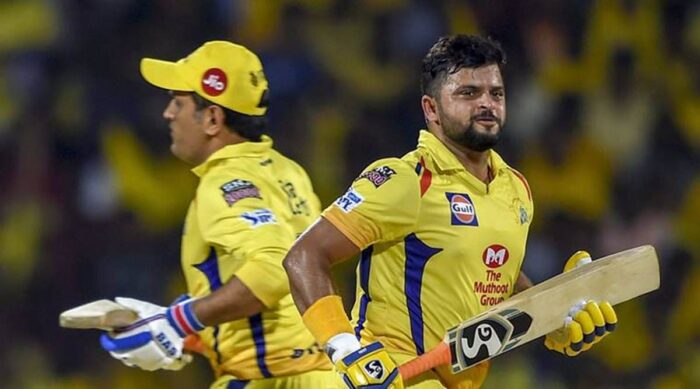 Undoubtedly MS Dhoni is the best captain in the world and he has proved this throughout his career. In international cricket, India has won all the ICC trophies under his captaincy. Countless young sportspersons admire him for his ability to stay calm and his genius mind. In the IPL also, his presence of mind is highly appreciated. He is the second most successful captain in IPL who has helped CSK to bag three IPL titles. However, every era has to come to an end some or the other time. So now is the time to look at the next three best alternatives for CSK captaincy after MS Dhoni.

Have a look at the top three best alternatives for CSK captaincy.

Suresh Raina who presently is the vice-captain of CSK is a potential contender for the post of captain. He has smashed some brilliant knocks and made 5491 runs in 200 matches. He is the highest run-scorer for CSK and is a perfect fit for the captain. However, there are some rumors that he will retire from the IPL if Dhoni does the same.

Also Read–List Of All Brother Pairs In IPL history

The ace South African batsman, Faf Du Plessis also has terrific records in both international and league cricket. Looking at the current squad of CSK, he is the perfect alternative for the captaincy. He has prior experience of leading the South African team and has definitely proved an asset for the team. In the last IPL season, he was the leading run-scorer for CSK with 449 runs at an average of 40.9. And We think these facts are enough for him to be a potential captain.

Also Read-Top Five players with most catches in IPL history

One of the best all-rounders of India also makes to the list of alternatives for captaincy. He has proved himself by mustering the bowlers and by showing his heroics while fielding. Also since he has been playing with Dhoni for a long time, he knows and understands the game very well. Recently in the 2021 IPL, he smashed Harshal Patel for 37 runs in his over and the crowd went crazy. So he has the ability to do well as a captain and might be leading the team in the coming years.

For more such interesting & unheard facts about cricket and sports, please visit thesportslite.com frequently. Thank you for visiting. Have a good day ahead.