The SportsLiteSports at just one click!
HomeFootballLa Liga 2021-22: Know everything about all New Captains Of FC Barcelona
FootballForever Facts

La Liga 2021-22: Know everything about all New Captains Of FC Barcelona 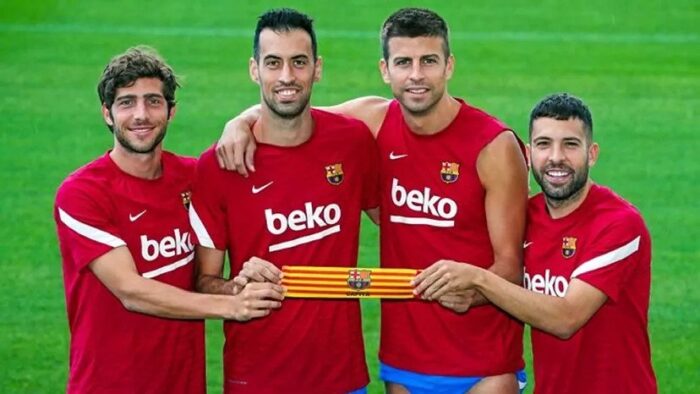 Get up to speed with everything related to La Liga club Barcelona as the departure of Lionel Messi has left the captain’s armband empty.

Due to the financial troubles in Barcelona, club legend Lionel Messi had to leave the club. This was because of the financial fair play regulations of La Liga. Spanish giants are now handing over the captain’s armband to Sergio Busquests. He has been a solid rock in the heart of the Blaugrana midfield.

Meanwhile, Jordi Alba has now become the fourth and the newest captain of the club. As the club prepares for life after Messi, it will be interesting to see what happens as preparations for the new 2021-22 La Liga season.

La Liga 2021-22: Barcelona promotes Sergio Busquets as the number one captain of the club 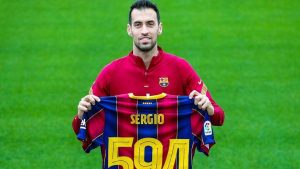 33-years-old veteran Spanish midfielder Sergio Busquets will now wear the captain’s armband for Barcelona. He made his first-team debut in 2008. He joined the club at a very young age progressing through the La Masia and learning along the way.

After spending 13 seasons with the club making 654 appearances in all competitions for the club finding the net 17 times. Known for his defensive supremacy and intelligence in the game, makes him a very dangerous player in European football. 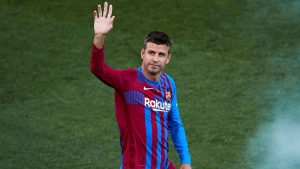 Born and brought up in Barcelona, Gerrard Pique progressed through the Academy of Barcelona which is known for producing great young talents. However, competition in the backline of the club forced him to look for game time elsewhere.

He left the club in 2004 and joined Premier League club Manchester United. But he returned to the club in 2008 and has since never left. He has featured in 566 games for the club in all competitions scoring 49 goals during his time with the club. 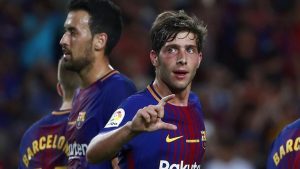 29-year-old Spanish midfielder Sergio Roberto has spent his entire career at Barcelona graduating from the La Masia like most of his teammates. He broke into the first team at the age of 18 impressing the coaching staff with his versatility to play in every position of the field.

Roberto is known for running with the ball making strong dribbles. He also has skills getting past defenders creating a goal-scoring opportunity for the team. However, every Barcelona fan knows him for scoring that crucial sixth goal against PSG in the UEFA Champions League Round of 16 ties. 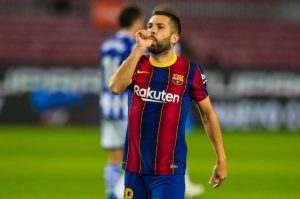 The newest edition to the list of captains is Jordi Alba. He joined the club at a very young age but was released by the club because of being too small. He joined Valencia a few years later and quickly established his name as one of the fastest left-backs in the world.

He returned to Barcelona in 2012 after a successful EURO 2020 with Spain. Since then he has featured in 385 games for the club in all competitions finding the net 22 times and providing many assists. He will be the fourth captain of Barcelona ahead of the new season.

Share
Facebook
Twitter
Pinterest
WhatsApp
Previous articleIshant Sharma: The player who gives baffled answer by his performance to its critics
Next articleLook At The Huge Losses Barcelona Will Have To Endure After The Departure Of Lionel Messi