Top Five Wicketkeepers with Most Stumpings in T20 World Cup 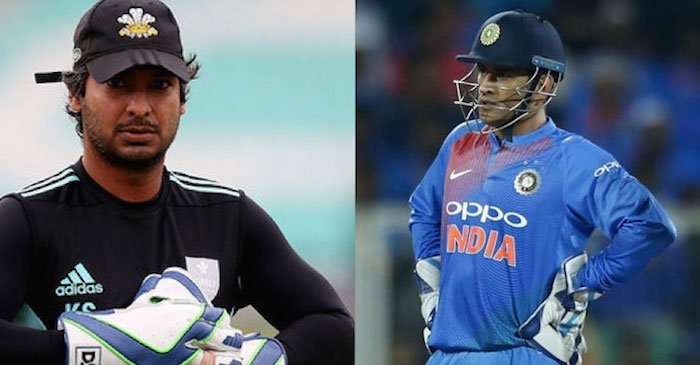 Stumping is a quintessential form of dismissing a batsman especially in the shorter formats of the game. It requires a great presence of mind and agility to remove the bails within a fraction of a second. Stumpings play a pivotal role in T20s where the spinners are usually taken for granted. The key to all good stumpings depends on the skills of the man standing behind the stumps with gloves on. With excellent precision, timing, and guidance; wicket-keepers play a vital role in a spinner’s career. That being said, here is a list comprising the top five wicketkeepers with the most stumpings in T20 World Cup.

Starting off the list at number 5 we have former West Indian wicket-keeper Denesh Ramdin. Denesh has time and again proven to be one of the most dependable men with gloves for the Carribeans. With 9 scalps to his name in the T20 World-Cup, Ramdin is one of the underrated gems behind the stumps.

Although he has been the subject of trolling for his non-traditional antics over the years, you can’t rule out just how good Misfiqur has been behind the stumps for Bangladesh. A bonafide cornerstone of Bangladesh’s rise to prominence, Musfiqur has been omnipresent for his country. With 9 stumpings to his name in 25 matches and a long road ahead of him, former skipper Rahim has his eyes set on climbing the ladder of success and being amongst the greats.

Leaving out India’s greatest wicket-keeper batsman from a list like this would be a crime in itself. Mahi spearheaded the Men-in-Blue to championship glory back in 2007. A master gloveman behind the stumps, MS has been a prominent figure in all previous editions of the WT20. With 11 stumpings, calling MS one of the greatest to ever lace a pair of boots would be an understatement.

Former Sri Lankan skipper Kumar Sangakkara stands at number 2 on this list. His sensational batting and wicket-keeping skills have been putting the opposition in a state of frenzy over the course of his career. With 14 dismissals to his name via stumpings, Sanga is the human definition of “excellence in execution.

Despite his unconventional wicket-keeping methodologies, Kamran Akmal is leaps and bounds ahead of his competition. Featuring in the first five editions of the T20 World Cup, Akmal has bagged a splendid 18 stumpings. With no keeper even close to breaking his record, Kamran will most likely remain at the top in the list of Wicketkeepers with Most Stumpings in T20 World Cup.

Top Five Wicketkeepers with Most Stumpings in T20 World Cup