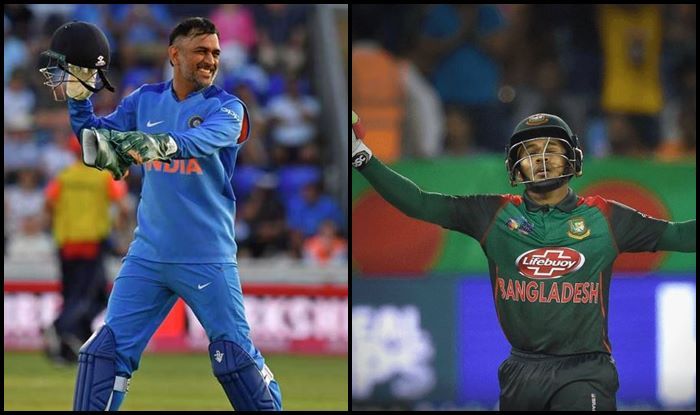 A wicketkeeper in cricket is as decisive as a goalkeeper in Soccer. A competent keeper makes the fielding side a lot better with his insights. He is the one who controls the game from behind the stumps. The significance of the wicketkeeper goes many notches above in the T20 format. A street smart wicketkeeper gives his inputs on DRS decisions. Saving errant deliveries that might cost the team the game, giving insights on field placing, reading the batter, catching fine snicks, there is so much more for a wicketkeeper to accomplish. And yet there are a number of great keepers who’ve performed their job to the utmost perfection for many years. This article will look up at the top five Wicketkeepers with the most stumpings in T20Is.

The Sri Lankan cricket stalwart, Sangakkara features on the fifth position in the list of top five Wicketkeepers with most stumpings in T20Is. His relentless focus on the fundamentals of keeping makes him a successful Wicketkeeper. Sangakkara played 56 T20I matches for Sri Lanka and got the better of the batter 20 times while stumping. His quick hands behind the stumps was a great help for the Lankan spinners like Muttiah Muralitharan. His copybook wicketkeeping was not only fruitful but also a sight to the eyes.

Also Read: Most ODI Stumpings | Top Five Wicketkeepers with most stumpings in ODIs

Despite his hefty physique, Mohammad Shahzad of Afghanistan makes a cut to the list. The Afghan opener is as agile a wicketkeeper as dangerous he is while batting. Shahzad took up wicketkeeping, inspired by MS Dhoni. And today he finds his name among the best Wicketkeeper of the game. The role of Shahzad increases substantially given the quality of spin Afghanistan possesses. The trio of Rashid Khan, Mujeeb-ur-Rehman, and Mohammed Nabi keeps Shahzad hustling. Shahzad has so far played 70 matches for Afghanistan in which he has stumped 28 batters.

The former Bangladeshi captain, Mushafiqur Rahim stands third on this list. Having served the Bangladesh Team for more than a decade and a half, Rahim has played 99 T20I matches. Rahim is technically sound keeper and keeps his game always a notch above as he has to keep wickets for a spinner like Shakib. His vigilance and lighting speed behind the stumps has never disappointed his fans and mates. However, he has kept wickets in only 80 of the 99 matches that he has played. And in those 80 innings, he has stumped 29 batters with his quick hands.

Former Pakistani Wicketkeeper Kamran Akmal appears on the second spot of the top five wicketkeepers with the most stumpings in T20Is. He took giant strides in wicketkeeping in the 2005-06 season, which even impressed the likes of Ian Healy. As a result, Akmal was given the obligation to keep wickets in the first-ever T20 match of Pakistan. He went on to become the regular Keeper of the team. However, through the end of his career, his skills waned and his incompetence as a wicketkeeper resulted in his exclusion from the squad. In the 58 matches that he played, he has 32 stumpings to his name.

Who else do you expect to top the list of top five Wicketkeepers with most stumpings in T20Is? It has to be none other than the legend himself, MS Dhoni. Mahendra Singh Dhoni ranks high not only among the most successful captains but is indeed one of the best wicketkeepers in the world. The captain cool of India has played 98 T20I matches and 34 stumpings to his name. Dhoni reinvented the art of wicket-keeping. His wicket-keeping technique is simple but not easy. While most wicketkeepers let their forearms take the impact of the collected ball, Mahi lets his wrists take the impact of the ball. This means that his hands don’t just stay in the same position, they actually move slightly forward to collect the ball giving him those extra milliseconds to stump the batsman. His ability to read a spinner’s wrist and hand is virtually unparalleled.