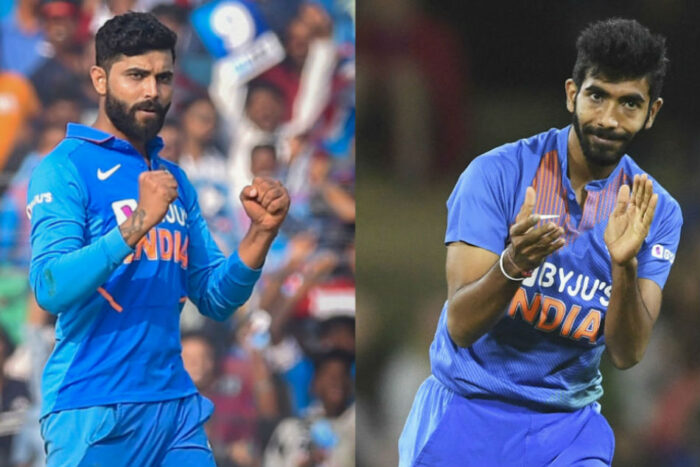 Cricket relishes a massive fanbase in India. It is no less than a religion to us Indians. Nigh on fans enjoy the sights of lofty and soaring boundaries. With due respect to bowlers, cricket is often seen as a batsmen’s game by the fans, especially in the shorter format of the game. But still, there are plenty of the bowlers who’ve left their mark on the ground with the ball in their hands. In this article, we look at the top 5 Indian bowlers with the most number of wickets taken in T20Is. Having said so, let’s get started.

Sir Jadeja, as his fans and mates call him, is arguably the best all-rounder in modern-day T-20 cricket. With the willow in his hand, he can bat outrageously fine and with the ball, he can wreak havoc too. Jadeja made his T20I debut in 2009 against Sri Lanka and is a constant part of the team since then. He has played 55 matches till date and has 46 scalps against his name with a highly remarkable economy of under 7. The 33-year-old still manages to spin his web around the batter like he used to do earlier. His best figures read 3-15 in his stipulated 4 over against Scotland in the 2021 T20 World Cup.

The 31-year-old Bhuvneshwar may not on the prime of his career here and now but the formidable bowler he once used to be was feared by all. Having made his T20I debut on Christmas 2012, Bhuvi stunned everybody with his skills. He bowled Nasir Jamshed in his first over. He ended the match with 3-9 in 4 overs with a frugal economy of 2.25. Bhuvi is exceptionally skilled in swinging the ball both ways. He has taken 53 wickets in 55 matches with an economy of 6.95. He has a fifer and a four-wicket haul to his name.

The modern-day Test great is a potent force in the shorter format of the game as well. Ashwin made his T20I debut in 2010 against Zimbabwe and straightaway caught eyes with his accurate off-spin. Ashwin became a consistent member of the Indian Cricket Team. However, with the rise of two wrist spinners, Ashwin’s off-spin seemed moth-eaten. However, his quality was never to be doubted. After being ousted from the team’s white-ball cricket plans in 2017, Ash kept attracting attention with his IPL performances. He re-evolved himself and came back to the team right before the 2021 T20 World Cup. He rose like a Phoenix. The 35-year-old has so far taken 61 wickets in 51 matches at an economy of 6.79 with the best figures of 4-8.

The right-arm leggie Yuzvendra Chahal made his T20I in 2016 versus Zimbabwe. He along with Kuldeep Yadav was the go-to man for the captain. Chahal has a long list of laurels to his name. He is the first Indian to take a six-wicket haul in T20I. Yuzi is also the first concussion substitute to bag the Man of the Match award. He achieved the feat against Australia in the T20I match in Canberra. His final analysis of 4-0-25-3 won him the award. Chahal has taken 64 wickets in mere 50 matches at a decent economy rate of 8.28. His best figures in T20I read 6-25. However, the 31-year-old is not an integral part of India’s white-ball team for a fair period of time now.

Jasprit Bumrah leads the list of top 5 Indian bowlers with most of the wickets taken in T20Is. The modern-day bowling great, Jasprit Jasbirsingh Bumrah, is a substantial part of Team India across all formats. Bumrah has all varieties in his armor from insidious yorkers to ambiguous slower ones. The Gujarat-born right-arm fast bowler came as a replacement for injured Mohammed Shami in the 2015-16 series against Australia. He instantaneously impressed everyone with his control and skill and thus became a regular part of the team’s white-ball plans. Bumrah has so far played 55 matches and has 66 wickets to his name at a penny-pinching economy of 6.52.