The SportsLiteSports at just one click!
HomeCricketBhuvneshwar Kumar Net Worth, Salary, Endorsements, Car and House
CricketNet Worth 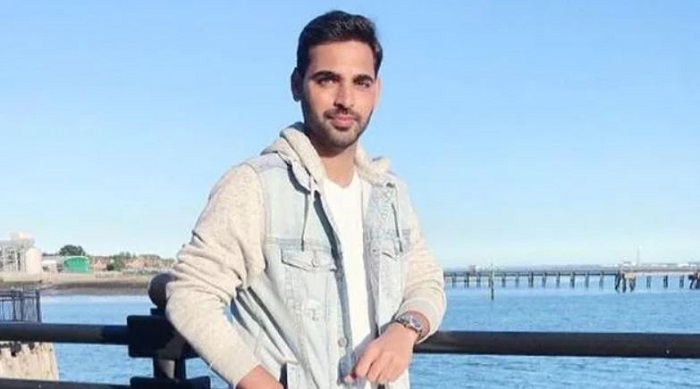 At the height of his career, a couple of years ago, Bhuvneshwar Kumar struck fear in the hearts of most opening batsmen. With his penchant for making the ball swing in even the unlikeliest of conditions, Bhuvi soon became a mainstay of the Indian team, but a string of injuries has stalled what could have been a glorious career. Despite being 31, the UP-born is still at the top of his game. The following article takes an insightful look at the financial standing and net worth of Bhuvneshwar Kumar.

If the facts mentioned below are astute, the net worth of Bhuvneshwar Kumar is approximately around INR 65 Crores. The primary source of his income comes from the game of cricket. He has a very high value in the game and is very well known globally. His monthly income is more than 75 lakhs on average. A major chunk of his net worth also consists of earnings Bhuvi receives from his endorsements.

Bhuvneshwar Kumar is a part of the Grade B cricketers as announced by the BCCI in 2021. As per the terms of the contract, the 31-year-old is guaranteed an amount of INR 3 Crores every year. However, this does not include the match fees he is paid for representing his country after every match. Kumar has also been an integral part of the IPL giants Sunrisers Hyderabad as he’s been representing the Orange Army since 2014. He was retained by the Hyderabadi-based franchise for a whopping 8.50 Crores during the 2018 mega auctions. Bhuvi has been the leader of the SRH bowling attack and also helped SRH win their first-ever IPL title in 2016. He also belongs to an elite list of bowlers to have won the purple cap twice (2016,2017).

Also Read: List of all Purple Cap Winners in IPL

Bhuvneshwar is one of the most marketable faces of Indian cricket. He has a clean and affable image in front of the Indian audience which makes him one of the most brand-friendly cricketers ever. Bhuvi endorses brands like Nutramantra, ASICS, and Playerzpot. Given his association with IPL giants Sunrisers Hyderabad, Bhuvneshwar Kumar is the indirect endorser of brands like JK Lakshmi Cements, Ralco Tires, Red FM, and many more. It is estimated that Bhuvneshwar earns a 7-figure sum through these endorsements.

Given his vast riches, it wouldn’t come as a surprise to see that Bhuvi has quite a fancy car collection. The 31-year-old owns some of the fastest and most luxurious automobiles the world of cars has to offer. Some of the cars owned by Bhuvneshwar Kumar include BMW 530d M-Sport, ‎Audi Q3, a CBR bike. Given that Bhuvi has a few more years on top, it is vastly expected that his collection will have a few more welcome additions in the near future.

Also Read: List of Bhuvneshwar Kumar records in the IPL

Bhuvneshwar Kumar owns a luxury designer house in Meerut. His house is equipped with all the modern amenities of a modern marvel. Bhuvi lives in the apartment complex with his wife, child, and family members. In addition to this, the fast bowler also owns multiple real-estate properties across the countries.