Top Five Wicketkeepers with Most Stumpings in Tests 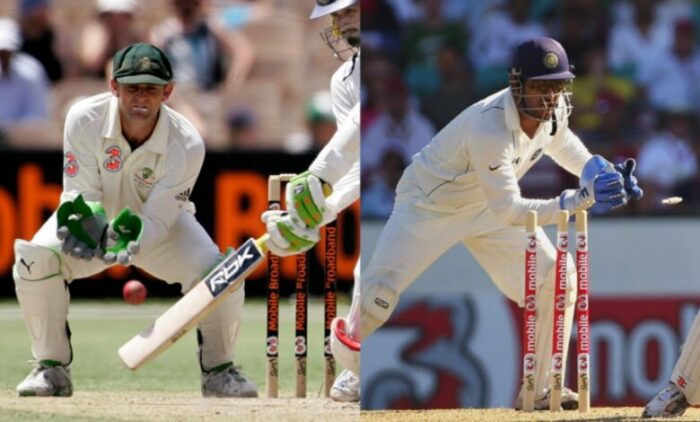 The role of a wicketkeeper is of prime importance in tests given that most of the dismissals heavily rely on edges and caught-behinds. However, filling the massive shoes of a keeper is no child’s play. Battling the heat and the dust alongside the excruciating back pain for 5 consecutive days and the tremendous pressure from the bowlers, one may easily succumb to the challenges. In addition to this, one must be quick on their feet at all times to not let an opportunity slip by. Over the years, we’ve seen innumerable wicketkeepers come and go, but none have left behind a legacy like the ones mentioned below. This article pays homage to such exceptional cricketers who’ve not only been able to do their job well but become masters of the craft. That being said, here is a list of the top five wicketkeepers with the most stumpings in tests.

Starting off the list is the Aussie legend, Adam Gilchrist. Gilly was a quintessential pillar during Australia’s indomitable reign from the mid-90s to the mid-2000s. His high-profile batting records speak for himself but his wicket-keeping skills aren’t less great either. In addition to the 5000 runs he scored in tests; Gilchrist also has a whopping 416 dismissals to his name as a wicketkeeper. Out of those 416 dismissals, 37 have come as a result of stumpings. Adam Gilchrist will most certainly go down as one of the finest wicket-keeper batsmen this sport ever produced.

The winner of the 1983 World Cup, Syed Kirmani was behind the stumps for Team India for almost twelve years. During this span, he kept wickets to India’s famous spin quartet – E Prasanna, S Venkataraghavan, B Chandrashekar, and BS Bedi. During the era of specialist wicketkeepers, Syed Kirmani nailed his job to perfection. Kirmani played 88 test matches during his stint with the Indian side and featured in a staggering 198 dismissals. 38 of those dismissals resulted from stumpings, which make Syed grab the fourth spot on the list.

Unarguably the greatest wicket-keeper batsman India ever produced, MS Dhoni sits at the third spot in this list. Despite not having a long and illustrious career like the rest of the Indian legends, Dhoni still managed to represent India in 90 test matches. During his stint in the red-ball format, Dhoni was able to pull off 294 dismissals behind the stumps including an impressive 38 stumpings. Retiring from test cricket at the early age of 32, it has to be one of the biggest what-ifs in cricket where Dhoni would stand had Dhoni not made that decision in 2014.

Godfrey Evans may not feature in the other statistics list, but the brilliance he brought behind the stumps, very few have been able to emulate. His unparalleled charisma behind the stumps made him one of the most cherished cricketers of his era. Evans’ brilliance behind the stumps can be estimated by the fact that 46 out of his 219 dismissals came as a result of stumpings.

Former Australian cricketer Bert Oldfield tops this list of wicket-keepers who have made the most stumpings in Test cricket. The stats themselves speak of the stumping machine that he was. Despite playing only half of the games that most successful keepers have played, the Aussie has still got more stumpings than all of them. In a Test career that lasted seventeen years (1920-1937), Oldfield took 78 catches apart from the 52 stumpings. Bert also famously dismissed 4 players by stumpings in a single inning back in 1925.