Top 10 Greatest Wicketkeepers of all Time 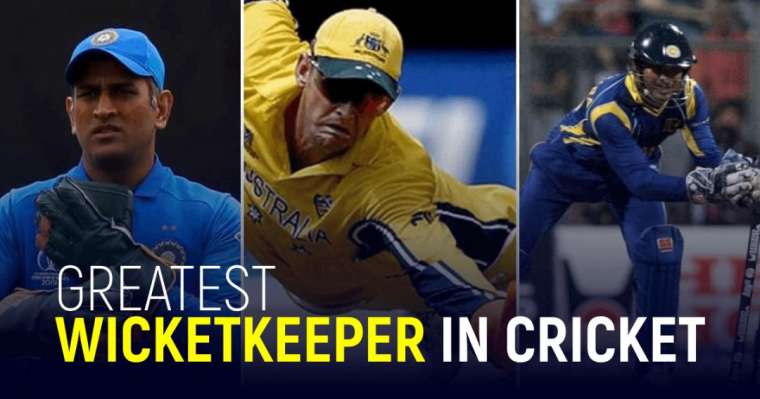 In cricket, just like batting, bowling, and fielding, all three factors are important, wicket keeping is also an important factor. If we see the history of cricket games, there have been a large number of wickets which were taken by a great wicket-keeper. should be attentive, focused, and quick as the balls bouncing behind the batsmen comes very quickly. Every team has to have a great wicketkeeper as a poor wicketkeeper might be the reason for the loss. In this article, we have listed out the top 10 greatest wicketkeepers of all time.

On the 10th place, we have the Australian former batsman Brad Haddin. Haddin was not a full-time wicketkeeper, he was a back-up for the Australian captain Adam Gilchrist. We must say that Brad Haddin did prove his worth that he could have been way more than just a backup wicketkeeper. Brad is the second wicketkeeper in the world who has scored five half-centuries in test cricket.

The 9th place in the list of top 10 greatest wicketkeepers of all time is secured by the former captain of the New Zealand team, Brendon McCullum. McCullum has hit the fastest century in test cricket which he made in just 56 balls. About his wicket-keeping career, he had achieved 179 dismissals in his test career out of which 168 were catches and 11 were from stumping. In his ODI career, he achieved 242 dismissals.

On the 8th position of this list, there is another Australian player Rodney William Marsh. Marsh set a world record when he got 355 wicket dismissals in just 96 test matches. About his ODI dismissals, Marsh got 124 dismissals in 92 matches. And in the Test Matches he has 355 dismissals in 96 matches. Also, he was the coach for the Australian cricket academy where he trained some great players like Adam Gilchrist and Brett Lee.

Overall he has 479 dismissals as a wicketkeeper in his career.

Moin Khan is a former Pakistani batsman. When Moin was there in the team, Rashid Latif was also there who used to be the wicketkeeper for the Pakistani team due to which, several times, Latif was the wicketkeeper and achieved dismissals which could have got Moin Khan an upper place in the list.

The 6th position in the list of top 10 greatest wicketkeepers of all time is secured by the former West Indies keeper Jeff Dujon.  In his career, he scored more than 5000 runs with five centuries and 22 half-centuries. Interestingly, Jeff Dujon played 81 test matches for West Indies and he never lost a single one, they won all the 81 matches.

About his wicket-keeping, he achieved 272 dismissals in test cricket. In ODI, he got 204 dismissals.

We have the third Australian player on the 5th place in the list. It looks like Australian cricketers work hard on their wicket-keeping skills. Ian Healy was also known as ‘Heals’ because of his stunning performance in his Test career. He was also the captain of the Australian team for 8 One Day International matches when the captain Mark Taylor got injured. Healy was added to the Australian Cricket Hall of Fame in 2008.

On the fourth place in the list of top 10 greatest wicketkeepers of all time, we have the Sri Lankan former Captain Kumar Sangakkara. Kumar Sangakkara holds the record of taking the most dismissals in One Day International cricket. Sangakkara is one of the greatest players in the world. He has hit more than 28000 runs in his career in all three formats combined with 63 centuries and 145 half-centuries. Sangakkara received several awards in his career. He also holds many records even after so many years of his retirement.

The former Indian captain, the legend MS Dhoni holds the third position in the list. Dhoni is considered one of the most successful captains in Indian cricket. Not only he was a brilliant wicketkeeper but he was an outstanding player too. Dhoni was a brilliant finisher and a very good batsman. Dhoni’s journey to the Indian cricket team was not easy, he had to face many difficulties before he could get on the team.

Mark Boucher is a South African former cricketer, the best wicket that the South African team ever got. He was the first person in the world to have achieved 400 dismissals in test cricket. Boucher had been awarded player of the year for three times in his career. He also holds the record of most dismissals as a wicket-keeper in all forms of the game which is 980. Since 2019, Boucher is working as the head coach of the South Africa National Cricket team.

About his wicket-keeping, Boucher achieved 555 dismissals in test cricket. However, in ODI, he got 425 dismissals.

For the first position, we have another Australian captain, the legendary Adam Gilchrist. Out of 10 players on the list, there are four Australian players. Gilchrist is considered one of the greatest batsmen and wicketkeepers in the history of cricket. Adam Gilchrist holds the record of most dismissals by a wicket-keeper in One Day Internationals. He has hit more than 15000 runs in international cricket with 32 centuries and 81 half-centuries.

Top 10 Greatest Wicketkeepers of all time