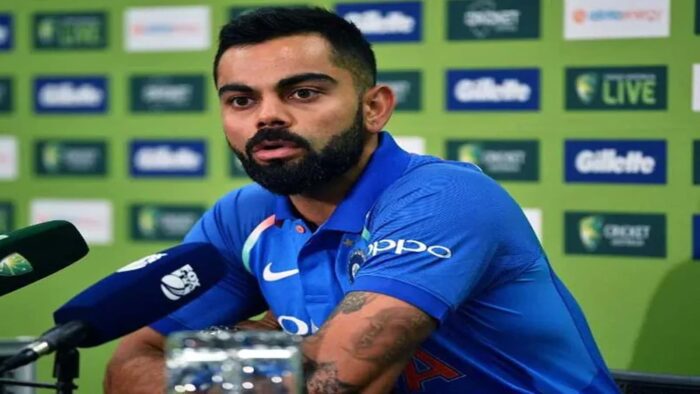 Indian Test skipper Virat Kohli addressed the media ahead of the India tour of South Africa scheduled to begin from December 26. Kohli clarified that he will be available for the three-match ODI series and had never asked for a break, contrary to media reports. Virat Kohli also talked on various issues. He also gave some contradictory statements than what given by BCCI President Sourav Ganguly on captaincy. Let’s dive into Virat Kohli press conference ahead of SA tour.

Virat Kohli says he is available for ODIs

“I was and I am available for selection, haven’t had any communication to BCCI where I have asked for any break. I am available for selection for ODIs in South Africa. People are writing lies. I have never asked for rest. You shouldn’t be asking me these questions, you should ask those who are writing these stories and sources. They are not credible. I was always keen to play ODIs.”

“Jadeja has been an important player for us. He contributes in all the department. Having said that, we have quality in the side. We have created the bench strength and environment where people have been grabbing their opportunities. I wish him (Jadeja) speedy recovery.”

“Very motivated to win a series in South Africa. We have not done that before. We will do our absolute best to to make it happen. South Africa was really the start of us believing that we can win overseas. We carried it forward in Engalnd and eventually won in Australia. South Africa is a different challenge. We have left ourselves to do a bit too much at times, with sessions going against us. We are very well placed in terms of experience and belief. we can do something special and get the results we want as a team.”

Kohli on Rohit absence from Tests

“Rohit Sharma will be missed by the team in Tests because he was looking really good in England.”

Decision on removal from ODI captaincy

Relation between Rohit and Kohli

About me and Rohit, we have no problem with each other. I have been clarifying this for two to three years and honestly, getting tired of it.

Reason for removal of ODI captain

“I have not won an ICC title. I can understand the logic behind the board’s decision. The communication process is something I have already told you about.  I can guarantee you that no action of mine or communication will ever be bad for Indian cricket. This is my commitment to Indian cricket.”

About removal from T20I captaincy

When I told BCCI that I want to give up T20I captaincy, it was accepted really well. There was no hesitancy. I was told that it was a progressive step. I informed at that time that I would like to lead in ODIs and Tests. The communication from my side was clear but I had also informed that if the office bearers and selectors don’t think I should lead in other formats then that is fine.”

“ I have done the best to my abilities. About batting I think when you have done something for long and well, you know what you need to do to deliver. My responsibility is to push the team in the right direction. Rohit is a very able captain and tactically very sound. Along with Rahul bhai, who is a great man manager. They will get my 100 percent support in ODIs and T20Is.”

These are all details from Virat Kohli press conference ahead of SA Tour. Virat has actually cleared a lot of rumors’. Now many statements of Virat and BCCI President Sourav Ganguly are contradictory. We don’t know as of now who is right. But the biggest positive for India is that Virat is available for selection in South Africa ODIs. Also, he cleared many truths about captaincy.