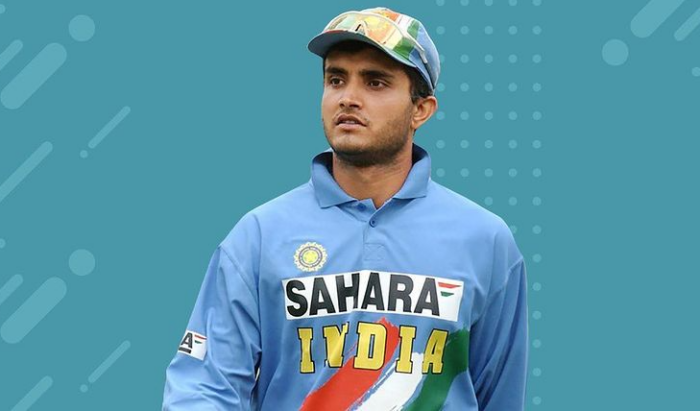 One of the finest captains in Indian cricket history, “The Prince of Kolkata” needs no introduction in the cricket-crazy nation of India. Sourav is one of the leading run-scorers in international cricket. Having a career spanning over 12 successful years, Ganguly has earned quite a lot of fame and wealth in his journey to super-stardom. This article takes an insightful look at the financial assets and net worth of Sourav Ganguly.

Coming from an upper-middle-class family in Kolkata, Ganguly took to cricket at a very young age. Scoring tons of runs in the domestic circuit, Sourav’s efforts didn’t go unnoticed. He was called up for the tour of England in 1996 and Ganguly grabbed the opportunity with both hands. The then 23-year-old couldn’t have asked for a better start to his international career, having scored a century at Lord’s in his test debut. Since then, there was no looking back for young Sourav as he became a prominent figure in the Indian side.

Following the spot-fixing exposes, Sourav Ganguly was appointed as the new leader of the men-in-blue. This triggered the dawn of a new era in Indian cricket as Ganguly brought with himself a new revolution. He brought in plenty of new faces in the Indian side as new India became one of the strongest sides in the world. It was under his captaincy that India ended up as runners-up in the 2003 World Cup. After a controversial dismissal from captaincy, Ganguly was dropped from the Indian side following the Ganguly-Chappel controversy. However, he was reinstated in the Indian side for the 2007 World Cup, despite them being knocked out in the group stage.

After a poor Test series in Sri Lanka in 2008, there were reports of him considering retirement. Despite that, he was given a lifeline in the Tests against Australia at home. Two days before the first Test, he said the series would be his last. He hung up his boots with a staggering 11,363 ODI and 7212 Test runs, one of the greatest left-handers of the game.

Ganguly was also appointed as the President of the body corporate in October 2019. Heading the richest cricket board in the world comes with its own perks. As per reports, Ganguly mints up to 5 crores in terms of salary from the BCCI. He also happens to be the President of the Cricket Association of Bengal and a member of the IPL Governing Council. He is paid more than ₹10 lakhs per year for the aforementioned roles. Having represented the Indian side for well over a decade, Ganguly receives a pension of INR 5000 from the BCCI.

Post-retirement, Ganguly makes most of his money by endorsing a total of 11 global, national and regional brands. Sourav Ganguly also earns a major share of his income by endorsing JSW Cement, Ajanta Shoes, My11 Circle, Tata Tetley, Acilar Lens, and Senco Gold. Dada also endorses Gautam Adani Group’s Fortune Oil. In total, if the given estimate is correct, Ganguly might be earning in 7-figures per year through endorsements.

The Chappell–Ganguly controversy was caused by a series of events in late 2005 and early 2006 which involved highly publicized infighting in the Indian cricket team between the then newly appointed coach Greg Chappell and captain Sourav Ganguly. The dispute resulted in the removal of Ganguly as captain and his replacement by vice-captain Rahul Dravid in November 2005, with Ganguly being dropped from the ODI team. Ganguly was also dropped from the Test team at the end of January 2006. The dispute stirred up strong emotions in India, ranging from fiery street protests in Ganguly’s hometown of Kolkata and his home state of West Bengal to speeches in the Parliament of India. Eventually, Ganguly was recalled to the team in both forms of cricket in late 2006 after his replacements lost form and was selected as a part of the Indian team for the 2007 Cricket World Cup.

Sourav Ganguly owns a lavish house in Kolkata, India which he bought in the year 2009. The current value of his house is INR 7 Crore. He also owns multiple real estate properties across the country. Ganguly also owns a property in London, England. Apart from this, Ganguly is the co-owner of ISL team Atletico de Kolkata and the president of CAB. Dada is also the President of the Editorial Board with Wisden India.

Given his unlimited financial resources, it wouldn’t come as a surprise that Ganguly owns some of the best cars in the world. He has quite a fancy car collection. Some of the luxury cars he owns are BMW G 310 GS, Mercedes CLK 230, Audi Q5, Ford Endeavour, and BMW X4.

The total net worth of Mr. Sourav Ganguly is estimated to be 50 million USD, which in Indian currency is approximately equal to INR 365 Crores. Most of his income and net worth came from cricket. The brand value of Ganguly is very high and is also the most respected player across the globe. A part of his income also comes from the salary he’s paid for being the chairman of the BCCI. It is estimated that the net worth of Sourav Ganguly will grow by 60% in the coming years and so does his Income.