The SportsLiteSports at just one click!
HomeCricketLatest T20 players Ranking Released: KL Rahul is the only Indian in...
Cricket

Latest T20 players Ranking Released: KL Rahul is the only Indian in Top-10 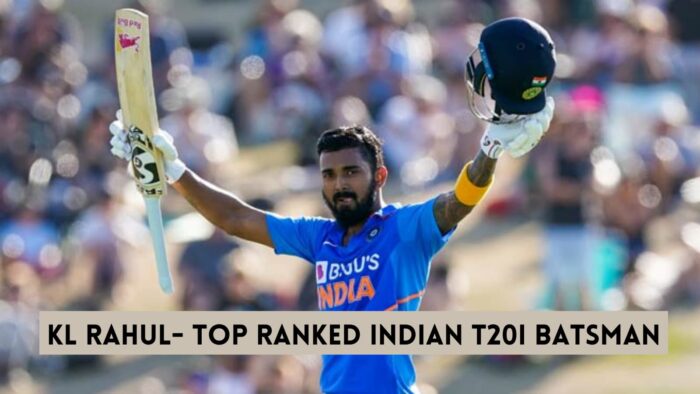 Team India’s opener KL Rahul has retained his 5th spot in the ICC’s latest released T20 batsmen’s ranking. However, no other Indian features in the Top-10 of the T20I rankings, neither in bowling nor amongst all rounders. More notably, the only major change that ensued in the player rankings is Dawid Malan replacing Babar Azam as number one T20I batter. It must also be marked that only one Twenty20 International series was played in the course of this ranking release. Nevertheless, the thing worthwhile is that KL Rahul is the only Indian in Top-10.

KL Rahul did not have a prolific run in T20Is this year, yet he is the top ranked Indian batter. However, he has scored 289 runs in 11 innings this year at an average of 28.90, which doesn’t justify his potential. Rahul’s most recent outing in the blues came during the home series against the Kiwis. He scored an outlandish match-winning half-century in that match, scoring 65 off 49 deliveries. Rahul had a decent run in the recently concluded forgettable T20 WC for Team India. Howbeit, the flamboyant opener scored three consecutive fifties to end the campaign on a high. To cut a long story short, Lokesh Rahul stands fifth on the ICC’s latest T20I rankings for batters with 729 Rating points.

The most paramount development unfolded as Babar Azam is annexed from the top spot of the T20 internationals batters’ rankings. The latest ranking update sees Dawid Malan reclaiming the No.1 position in the T20I batters list after Pakistan captain Babar Azam, who made scores of 0 and 7 in the series against West Indies, lost the top spot. The poor performance of Babar came as a reward to South Africa’s Aiden Markram as the Protea also rose a notch above. Markram finished second on the rankings followed by Babar. Babar’s fellow teammate Mohammad Rizwan also strengthened his hold on fourth position. Rizwan had a decent outing against Windies with the scorers of 78 and 38.

Share
Facebook
Twitter
Pinterest
WhatsApp
Previous articleRevealed : Virat Kohli Press Conference Ahead of SA tour – India’s Red Ball Captain lashed out at BCCI and Sourav Ganguly, talks about Rift and Captaincy
Next articleTop 5 players with most Man of the Match awards in T20Is