The SportsLiteSports at just one click!
HomeCricketVirat Kohli vs Babar Azam – A look into T20 Cricket’s Biggest...
Cricket 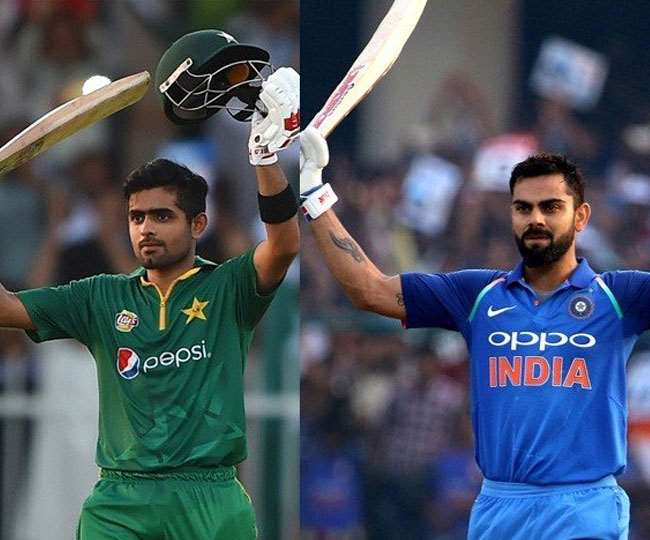 Cricket is a game fueled by the spirit of competition and over the years we’ve seen countless head-to-head rivalries on the field. England and Australia have their centuries-old rivalry over the Ashes, Australia and New Zealand have the Trans-Tasman rivalry while India and Pakistan fight over bragging rights. Things often tend to get heated up when both the arch-rivals cross paths in the cricket field as both sides try to get the better of the other. The men-in-blue haven’t stood toe-to-toe against their notorious neighbors since India mopped the floor with them in the 2019 World Cup. The arch-rivals haven’t faced each other in over 2 years and what better way to re-ignite a rivalry than the biggest T20 stage of them all. In this article, we take a look at the Virat Kohli vs Babar Azam rivalry.

Virat and Babar have been the premier batsmen of their respective sides for quite a while now. Despite a six-year age gap between the duo, they’re considered to be the best batters this generation has to offer. The pair have had quite a similar path to fame. Both shot to fame by leading their sides in under-19 world cups and got an international call-up at an early age. Virat Kohli and Babar Azam both lead their respective countries while they bat at no. 3 in the limited-overs. The duo is known for their aggressive nature on the field as they stack up thousands of runs. Virat and Babar belong to an elite list of cricketers to feature in the top 10 batters according to the ICC rankings across all formats. However, a dip in Virat’s form has catapulted Babar to the top spot in the ODI rankings.

While Babar has a 6-year experience in international cricket, his fellow rival Virat has a staggering 13-year-old experience. Virat’s experience factor gives him the edge over his prodigy as Babar has played just 5 matches against India. Virat, on the other hand, Virat has been just a class above Pakistan over the past decade. From scoring his highest ODI score of 183* at Mirpur to scoring a century against their arch-rivals in the 2015 World Cup, Virat has been nothing but sensational when the stakes are high. In addition to this, Virat’s records against Pakistan in the T20 World Cup are more than extraordinary. The run machine is yet to be dismissed by the men-in-green as Virat’s sensational outings with the bat include impressive scores of 78* off 61 balls (2012), 36* off 32 balls (2014) and 55* off 37 balls (2016).

Despite not being in the best of forms as of late, you can’t rule out what Virat brings to the table in important matches like this. On the other hand, Babar Azam is determined to snap Pakistan’s losing streak against India in World Cups. With the battle of the behemoths right ahead of us, the two modern-day greats would have their eyes set on rewriting history. We may not know what the outcome of the match will be just yet but one thing’s for sure that we’re in for a cracking night of cricketing brilliance.