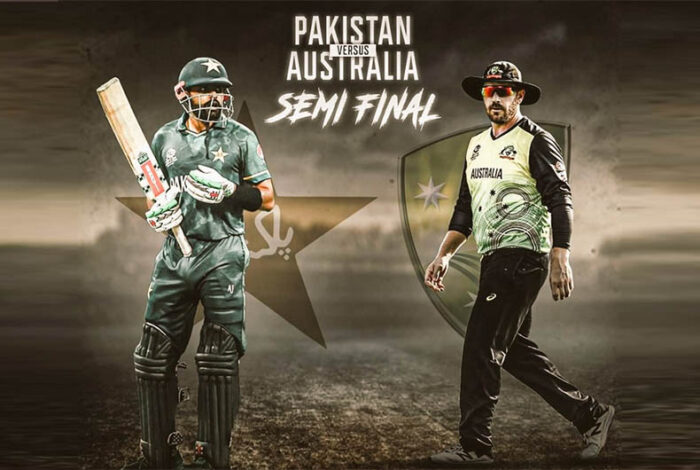 The unstoppable force meets the immovable object. Such is the grandeur of the semi-final clash between former champions Pakistan and Australia in the 2021 ICC T20 World Cup. While Pakistan has been in a splendid form of late, Australia has been impressive so far. Their battle will also play host to some exciting mini-rivalries namely Starc vs Babar, Warner vs Babar, Maxwell vs Asif Ali, to name a few. Expectations are at a record high and the tension can be cut by a knife as both the sides square off in Dubai. That being said, the following is an insightful preview of Australia vs Pakistan T20 World Cup Match.

The two super heavyweights have faced off on 22 previous occasions with their last encounter happening on November 8th, 2019, just over two years ago. Pakistan has vastly dominated the rivalry with 13 wins under their belt and a win percentage of 59.09. However, both sides are tied with three wins apiece as far as their encounters in the T20 World Cup are concerned. All eyes would be on the TV screens as both the teams square off against one another in the ultimate rubber match, eyeing a spot at the finals.

Pakistan has had a dream run thus far in the tournament, racking in wins in all of their matches. They started off their campaign by fulfilling a 29-year-old prophecy by beating India in an ICC World Cup. Babar’s men continued their winning ways with a defining win against New Zealand and made their intentions known. Pakistan is not here to mess around. Although they found themselves to be in troubled waters in their encounter against Afghanistan, the heroics of Asif Ali was able to push Pakistan to a hattrick of wins. With one step in the semifinals and confidence at a record high, the Men-in-Green were easily able to fend off Scotland and Namibia. Pakistan ended their group stage fixtures as table toppers with 5 wins out of 5.

On the other hand, Australia kicked off their world cup campaign with a stupendous last-over win against the Proteas. The Aussies were also able to take down the Sri Lankans with relative ease courtesy of one David Warner. However, their momentum was shattered upon suffering a crushing defeat at the hands of their arch-rivals; England. The Kangaroos were able to overcome the previous defeat and come back stronger than ever. They squashed Bangladesh and went on to humble the defending champs West Indies with an emphatic win. They were able to seal their spot in the semi-finals after having a better run rate than South Africa.

Players to Watch Out for

If you’re an Australian bowler, you just can’t overlook the threat openers Babar Azam and Mohammad Rizwan pose on the bowling attack. The duo has played a quintessential part in improving Pakistan’s batting and has been nothing short of exceptional thus far. Skipper Babar especially has led his side from the front and is the second-highest run-scorer in the tournament with a match in hand. All eyes would also be on Aussie quick Mitchell Starc as he has been the go-to man for Australia in ICC events. Starc has a huge responsibility ahead of him because if the lingering threat of Babar and Rizwan is not neutralized early, they could very well steal the game away from you.

The last time Australia and Pakistan collided in the semi-finals of the T20 World Cup, a modern-day T20I classic was born. Australia was able to pull off a huge upset courtesy of Mike Hussey’s blitzkrieg. However, things are a bit different now. The new and improved Pakistan under the leadership of Babar Azam looks seemingly indestructible. On the other hand, Australia would love to recreate history as they’ve never looked more confident. With David Warner back in form, if any team has what it takes to overcome Pakistan, it has to be Australia. Expectations aren’t any less as both the sides gear up to give it their all in the second semifinal of the 2021 T20 World Cup.