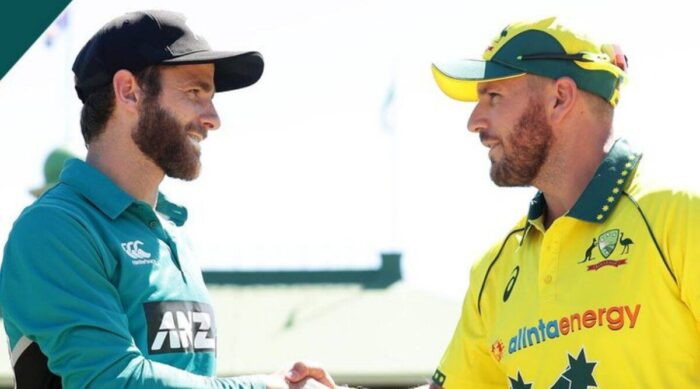 After weeks of sensational cricketing action from some of the world’s finest teams, we’re down to the crème de la crème. The Trans-Tasman rivalry is set to captivate millions with their awe-inspiring brand of cricket as the T20 cricketing world gets set to crown a new champion. Standing at the cusp of greatness, New Zealand and Australia have been the most consistent sides throughout the course of the tournament and they rightly deserve to play the finals of the grandest T20 stage of them all. The bad blood between the two arch-rivals adds fuel to the fire as the T20 World Cup reaches its crescendo. The following article provides an insightful look at the preview of Australia vs New Zealand T20 World Cup Final match.

New Zealand’s Run in the Tournament

New Zealand had quite an uphill battle throughout the group stage following a humbling defeat at the hands of Pakistan. They got their act straight and handed India a crushing defeat in a virtual quarter-final game. Despite the high stakes, Williamson and his men were able to overcome their next three challenges and seal their spot in the semi-finals. Breaking a billion hearts by knocking India out of the tournament in the process. Both sides have had quite opposite runs in the tournament, yet somehow, they ended up with the same points. It is as if they were destined to square off one more time with record high stakes. Williamson and co. faced England in the semi-finals and pulled off an upset. They went from standing at the brink of defeat to chasing the target in 19 overs, courtesy of special efforts from Jimmy Neesham and Daryl Mitchell.

On the other hand, Australia kicked off their world cup campaign with a stupendous last-over win against the Proteas. The Aussies were also able to take down the Sri Lankans with relative ease courtesy of one David Warner. However, their momentum was shattered upon suffering a crushing defeat at the hands of their arch-rivals; England. The Kangaroos were able to overcome the previous defeat and come back stronger than ever. They squashed Bangladesh and went on to humble the defending champs West Indies with an emphatic win. They were able to seal their spot in the semi-finals after having a better run rate than South Africa. The Kangaroos also faced a similar situation as New Zealand in their semi-final encounter against Pakistan. Walking into the match as the underdogs, Australia was in a precarious position and it wasn’t for the efforts of Wade and Stoinis that Australia emerged victoriously.

The two arch-rivals have locked horns on 14 previous occasions with their last encounter happening in March of 2021. Australia has vastly dominated the rivalry with 9 wins under their belt and a win percentage of 64.29. However, New Zealand has the edge over their neighbors Australia when it comes to clashes in the T20 World Cup. Speaking of their only collision during the 2016 T20 World Cup, the Blackcaps overcame the Aussies and got one over them.

The Aussie bowlers would have their eyes set on New Zealand’s Daryl Mitchell. The opening batter played the innings of a lifetime and took his side to their first-ever finals all by himself. Given the state of the form he is in, Mitchell has to be their prime target. On the other hand, New Zealand cannot overlook the threat that Australian openers David Warner and Aaron Finch pose. Although the duo has been misfiring as a pair, they have been on a top form individually. Ever since Warner has regained his form and confidence back, Australia looks like a completely redefined unit. The Blackcaps must strike when the iron is hot or else things can go south for them real easy, real quick.

Both sides never fail to give a thriller whenever they cross paths during an ICC event. New Zealand hasn’t forgotten the humiliation they suffered at the hands of the Australian side who squashed them in the finals on their way to winning the 2015 World Cup. As they say, revenge is a dish better served cold, New Zealand would be licking their lips at the thought of becoming not just the T20 World Champions, but defeating Australia in doing so. Both the sides would be on a high following their epic showcases in their respective semi-final chases.

One can guarantee that the match would be a thriller despite the result being heavily affected by the toss. Williamson and his men would love to do the double and end their most successful year ever on a high. On the other hand, Aaron Finch and co. would want to repeat their heroics from 2015. Who’s going to come out on top? Our guess is as good as yours. One thing’s for sure that we are in for an absolute barn-burner of a contest. May the better team win.

Australia vs New Zealand Must Picks for Dream11 Fantasy Cricket