The SportsLiteSports at just one click!
HomeCricketBharat Arun tenure as Bowling Coach of Team India: Pass or Fail
CricketForever FactsMiscellaneous 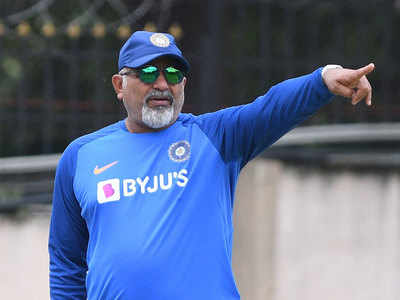 Do we know who Bharat Arun is? Most of the answers are a big NO. He was the bowling coach of India from 2017 and retired alongside Head Coach Ravi Shastri. We all praised Ravi Shastri. We all praised Virat Kohli. But do we even care to praise the former balling coach of Team India, Bharat Arun? Maybe No. We have seen the dominance of Indian bowlers in the recent past mainly in Tests. So let’s analyze Bharat Arun tenure as Bowling Coach of Team India.

During the period of Bharat Arun in Tests:

Bowling Coach, Bharat Arun, in support of other coaching staff and with a brilliant support from captain Virat Kohli, ensured to made Indian bowlers lethal in his tenure. The pacers were not just at the forefront of India’s overseas wins but also led the charge in home Tests. The biggest imprint that Bharat Arun has left on this team is the emergence of an all-round bowling attack capable of winning Tests in any conditions, inarguably the greatest India had at point of time in their history. Under bowling coach Bharat Arun, the pace attack transformed to an unbeatable unit both home and away. Ishant Sharma, Mohammed Shami and Umesh Yadav all turned their career around and enjoyed the most productive phase of their career. Ishant stepped from a holding bowler to the pace spearhead while Shami enjoyed a largely injury free spell in the second half of his career.

India become an unbeatable monster in the sub-continent and the Caribbean and a force to reckon everywhere else. India won series in Sri Lanka, West Indies, Australia (twice) and have a 2-1 series lead in England. In addition to this, India also topped the table in the first edition of World Test Championship, where they eventually finished as runners up. It was not just the wins but the manner in which they won several of these assignments’ underscores India’s dominance. Against a full-strength Australia team in 2020/21, they came from behind a pounding in the opening Test to win the series 2-1 with several of their first-choice players unavailable at various points down the line. At home, India won 12 of the 15 Tests with a solitary defeat.

People usually talks about the brilliant bowling attack India possess. But the forget to praise the man behind this success. It was the bowling coach, Bharat Arun, which made this bowling attack one of the best that India has ever produced. Not only pacers, he focused on spinners also. Ravichandran Ashwin, who struggled in SENA countries earlier, became one of our premier bowler all around the globe. Coaching staff must get the credit for the work they did with the bunch of players.