The SportsLiteSports at just one click!
HomeCricket5 Cricketers who can win ICC Male cricketer of the Year Award...
CricketForever FactsPlayerTop-5/Top-10 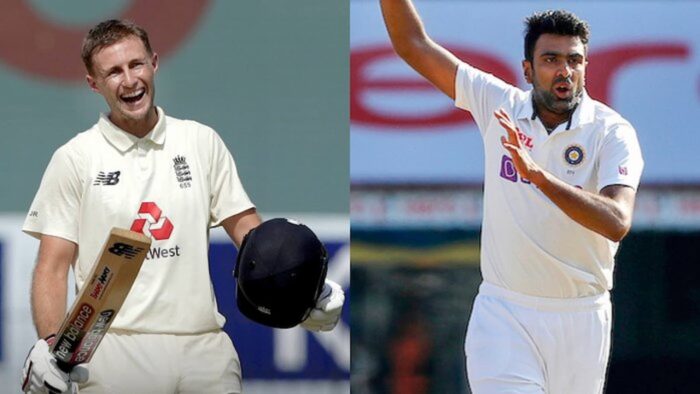 The International Cricket Council (ICC) celebrates the performances of players annually through a set of awards. However, the biggest honor from all of those is ICC Male Cricketer of the Year Award. The award was last won by Ben Stokes in 2019, given that 2020 was reserved for the Decade awards. For those who don’t know, Rahul Dravid won the award in its first edition in 2004. It is interesting to see who won this award in 2021. On that note, here are 5 cricketers who can win ICC Male Cricketer of the Year Award 2021.

Anrich Nortje, the pace battery of South African Cricket Team, holds the fifth spot in this list. You might be shocked to know that Anrich Nortje made his international debut in just 2019. But he has already established himself as one of the best pacers in the world. This shows how meteoric his rise has been. He has played an important role for South Africa this year.

In 5 test matches, he picked up 25 wickets at a terrific strike rate of 37.6 including a best of 6/56 against Sri Lanka. But his form in T20Is is even better. He picked up 15 wickets in 11 games while conceding at a rate of just 6.07. Nortje also played 5 ODIs this year and struck on 8 occasions. He has been a significant threat to batsmen with his pace and hard lengths.

Sri Lanka’s Test specialist, Dimuth Karunaratne has had a phenomenal year with the bat. The Sri Lankan captain is one of the most prolific run-scorer for the nation in the recent past. He has been in the form of his life this year. Though, he plays only Test Cricket but he has been brutal in the format mainly this year. He perfectly filled the boots of an experienced opener.

In just 7 Tests played this year, Karunaratne has managed to score 902 runs at an average of 69.38. Besides this, the Sri Lankan opener has hit 4 centuries and 3 half-centuries in Test Cricket.

Perhaps, no other player in Pakistan Cricket has impressed more than Mohammad Rizwan in 2021. Mohammad Rizwan has been on the international scene for a while now. However, it was only this year that he realized his full potential and established himself as one of the best in the business. The 29-year old has scored more than half of his international runs this year alone, and has even managed to outperform his skipper Babar Azam.

He has scored the most runs in T20 internationals this year. In 24 T20Is, Rizwan aggregated 1161 runs at a staggering average of 74.86. He has 10 fifties and a hundred to his name as well. In Tests, he has played 9 matches and scored 455 runs at an average of 45.50. With such brilliant figures, Rizwan will be the possible contender to win ICC Male Cricketer of the Year Award 2021.

Ravichandran Ashwin holds the second spot for 5 cricketers who can win ICC Male cricketer of the year award 2021. He has been outstanding for India, especially in Test Cricket this year. In the recently concluded two-match Test series against New Zealand, Ashwin once again picked the most wickets for India. He claimed 14 wickets in 2 Tests at 11.36.

The Indian spinner has managed to pick 52 wickets in just 8 Tests this year at an average of 16.23. No other bowler has picked more Test wickets in 2021 than Ravichandran Ashwin. Ashwin was also included in India’s team for the recently concluded ICC T20 World Cup. He took 6 wickets in 3 matches played in the tournament and was also featured in the T20 series against New Zealand. Ashwin has had an outstanding year and is definitely a contender to win the ICC Male Cricketer of the Year.

It is safe to say that Joe Root has been in the form of his life. The English Test skipper has had an absolutely phenomenal year, quite literally scoring runs for fun. Root has hit as many as 6 centuries and 2 half-centuries this year. Root was phenomenal with the bat during England’s tour of India earlier this year. He was the highest run-getter, managing 368 runs in 4 matches. With the kind of batting display he has shown this year, Joe Root is one of the strongest contenders to win the ICC Male Cricketer of the Year.

Joe Root has scored a remarkable 1455 runs in 12 tests this year, including two double hundreds and two more scores in the 180s. There’s a great chance that the 30-year-old could break Mohammad Yousuf’s record of most Test runs(1788) in a calendar year with England’s three upcoming tests against Australia.