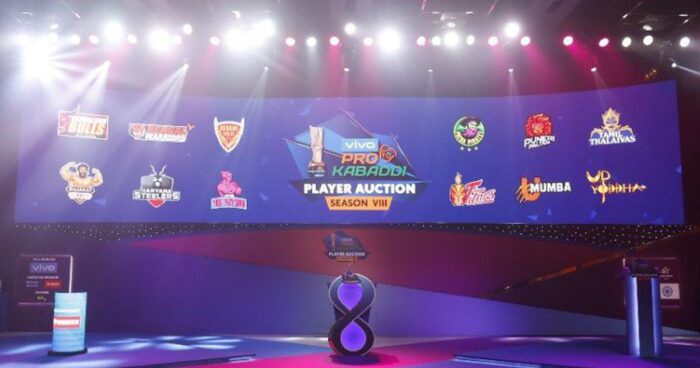 A complete contact sport, kabaddi has seen its growth from being an indigenous game played in the villages of India to being recognized on an international level and played worldwide. With total 12 teams competing for the world cup, kabaddi has had its fair share of popularity. With the introduction of the Pro Kabaddi League, kabaddi has achieved new heights in India. Several domestic and international players show off their skills and technique in this league. In the light of the discussion, lets check out the Highest Paid Overseas Players in Pro Kabaddi League 2021.

Esmaeil is an Iranian professional and is well known for his all-rounder abilities. Having experienced international matches, he proved to be a great asset for UP Yoddha who roped him in 2019. Esmaeil is one of the few players to have both super 10 and high five in the same game. Moreover, He is a great choice for this league.

After leading Bengal Warriors to victory Mohammad Esmaeil Nabibakhsh has been welcomed in by Haryana Steelers at a handsome amount of INR 13.2 Lakh.

Oshtotrak is another wizard from Iran. He is considered to be one of the best all rounders in Pro Kabaddi. After debuting in season two he crossed 100 overall tackle points in season 7. He was also a part of the Patna Pirates squad which emerged victorious in the 2016 Pro Kabaddi League.

A veteran of PKL circuit and unquestionably, among the top five all-rounders he was undoubtedly in the eyes of many franchises. At the end, Gujrat Giants roped the Iranian beast for an amount of INR 20 Lakh.

Kun Lee is a South Korean professional player. He is the third highest paid Overseas player in the Pro Kabaddi League season 8. Further, He is the first overseas player to score 400 raid points in the league. Various franchises eyed him for many seasons. Earlier, Bengal Warriors retained Jang Kun and he played for the same franchise until the 2018-19 kabaddi league.

He was the most valuable international player in the fifth season. The seventh season saw him playing for Patna Pirates who now bought him back for a whopping INR 20.5 Lakh.

The unshakable Iranian defender has supreme defence abilities. With his godly ankle hold technique he has become the diamond in the eyes of the selectors. Famous for his aggressive tackles and ankle holds Abozar never fails to wow the crowd.

The back hold technique in which Abozar grips the raider’s torso from back and immobilizes the player is his best till now.

Debuting in season-5 with 65 tackle points in 24 games Abozar was the star! In the auction for the current season, the Bengal Warrior franchise roped him for  INR 30.5 Lakh. This made him the second most expensive overseas player in the current league.

Chiyaneh is an all-rounder from Iran. Mohammadreza usually plays in the left corner, being an expert in body blocks. He is famous for waist holds and dives that offers inexorable blows on the raider.

In the auction for this season, the defender sparked a bidding war between many clubs. In the endless bidding, the three-time champion- Patna Pirates emerged victoriously. The club acquired this overseas player at a whopping amount of 31 Lakhs. He is the Highest Paid Overseas Players in Pro Kabaddi League 2021.

There is no doubt Kabaddi will be a well-talked game with the amount of praise and recognition it is getting all over the world. With just a little bit of awareness and campaigns, this game will rule the heart of its spectators. On this note, do not miss the opportunity to watch these shining stars playing in the Pro Kabaddi League. Tune in to watch these stars shine!