All You Need to Know About the Pro Kabaddi League 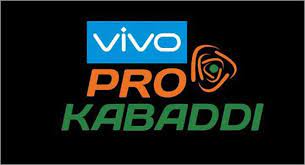 Since its inception in 2014, Pro Kabaddi League has proven itself to be one of the best initiatives in the field of sports. Not only has it made kabaddi a well-known sport in the world but also revolutionized this very own indigenous sport. The league has seen nothing but tremendous growth over the seasons. Pro Kabaddi League will be the first professional indoor contact sports league in India to host games.

History of the league

Pro Kabaddi League was an initiative by the visionary Mashal Sports Pvt. Ltd. and Star Sports Pvt. Ltd. The introduction of such high-level games has made kabaddi an aspirational sport for both audience and players. Pro Kabaddi League has heralded a new era for the sport. Both Mashal and Start Sports have jointly worked in elevating this sport to a whole new level. They have met the international levels with new and exciting twists in rules and regulations and also how the game is viewed.

They have infused new life into this sport. It is a perfect blend of major metropolitan cities of India along with regions where kabaddi is yet to gain a foothold. Currently, the league has participation from almost every state of the country. It has attracted both national and international attention through its outreach over the past seasons.

Do you know who is most expensive player in 2021. Check out: Top Five Highest Paid Players in Pro Kabaddi League 2021

The format of Pro Kabaddi League

The Pro Kabaddi League takes place in a double round-robin and playoff format.

A round-robin tournament is also known as an all-play-all tournament. It is a competition in which every contestant meets all other contestants in turn. Similarly when the number of teams increases they are divided into two groups and the winner of each group faces one another in the finals. Both these methods have been followed in the league for over the years.

The playoff format progresses as follows

An overview of all seasons

All the teams that are a part of this league.