F1 vs f2 vs F3 | What is Formula-Racing? | Difference between Formula One, Formula Two, and Formula Three Racing 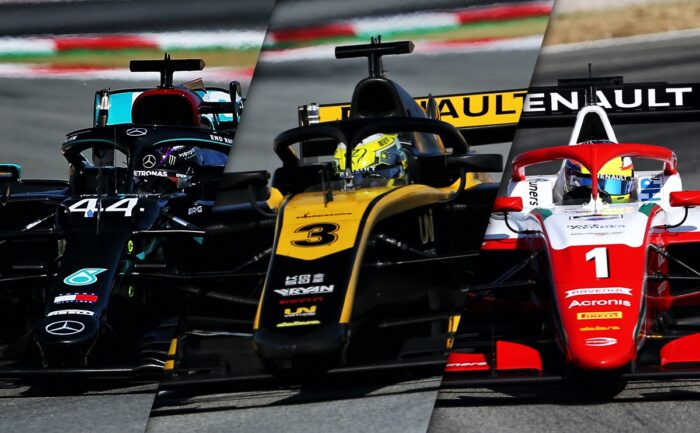 Formula-racing is any form of open-wheeled single-seater motorsport. It is one of the most popular professional forms of car racing. The vehicles used in these racing are custom-made keeping in mind the rules, conditions, tracks, and various other aspects in mind. Some of the well-known racing categories are Formula One(F1), Two(F2), Three(F3), and Four(F4). Let us get to know more about formula-racing and a detailed comparison between F1 vs F2 Vs F3.

F1 is the highest class of international auto racing for single-seater formula racing cars sanctioned by the Fédération Internationale de l’Automobile (FIA). Formula One cars are the fastest regulated road-course racing cars in the world.

F2 is a type of open-wheel formula racing first codified in 1948. Formula two racing is a second-tier professional car racing competition. F2 racing was developed for younger drivers to be able to join competitions at the highest level of motorsport.

F3 is a third-tier class of open-wheel formula racing. F3 racing is considered to be a stepping-stone for prospective drivers. It often marks the transition from amateur to professional driving.

F1 vs F2 Vs F3 |Comparison between Formula one, two and three cars and racings

There are many other forms of formula racings other than the three famous races.