The SportsLiteSports at just one click!
HomeFootballTottenham Transfer News 2021-22: Possible Destinations of Lautaro Martinez Ahead Of The...
Football

Tottenham Transfer News 2021-22: Possible Destinations of Lautaro Martinez Ahead Of The New 2021 Season 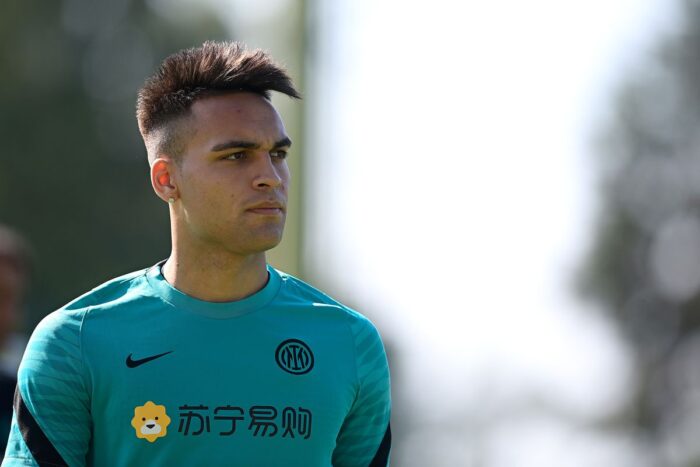 Get up to speed with the news coming out of Tottenham who made initial contact with Inter Milan over the possible transfer of Lautaro Martinez ahead of the new season.

Tottenham have begun negotiations with Inter Milan over the possible transfer of Argentine forward Lautaro Martinez in order to increase the depth of the squad in case Harry Kane leaves for Man City. North London club Tottenham are looking to bolster their squad after a disappointing finish to the campaign missing out on the Champions League.

After selling Lukaku to Chelsea, Inter plan is to keep Lautaro Martinez.

New Sporting Director of the club Fabio Paratici has scouted Martinez many times and holds him in high regard and is looking set to bring the Argentine to North London. Tottenham have already brought in Cristian Romero, Bryan Gil, and Pierluigi Gollini ahead of the new Premier League season.

Inter Milan are currently in a very difficult position because of ongoing financial trouble at the San Siro which has forced the club to let go of some of the big names in the club. As a result, Romelo Lukaku joined Chelsea for €115 million and Achraf Hakimi left for Paris-Saint Germain.

They are looking to cash in on players who still have a good market value in order to generate desperate funds which will help the club out of the financial woes. 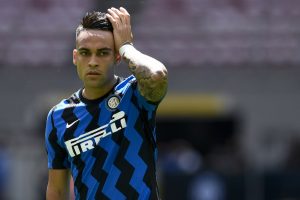 Premier League club Tottenham are negotiating with Inter Milan for the transfer of Lautaro Martinez who enjoyed a successful Copa America campaign with Argentina. Inter Milan have received the first bid from Tottenham of around €70million for the Argentine forward.

Tottenham are confident of completing the deal in the coming days with many big clubs competing for the signature of Lautaro Martinez. Sporting director Fabio Paratici is leading the negotiations trying to complete the blockbuster deal ahead of the new season. 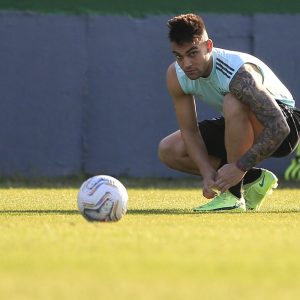 La Liga winners Atletico Madrid enquired about the player but Inter had no intention of selling him. But, the current financial situation has forced them to cash in on valuable players as a result, big names will make way. Atletico Madrid’s playing style will definitely suit the Argentine who plays strong physical football.

Diego Simeone can convert Lautaro into a more lethal striker and will definitely improve his game if he decides to join Atletico Madrid. 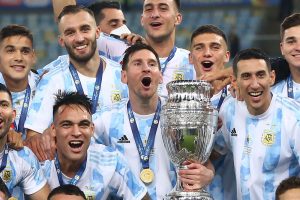 Spanish giants Barcelona were closely monitoring the development of Lautaro Martinez and made contacts with Inter Milan last season for the services of Argentine forward. However, talks did not progress well as Inter were not prepared to sell their crucial player.

Barcelona will be looking to bolster their attack after Lionel Messi’s contract cannot be renewed due to Financial Fair Play regulations. Meanwhile, they are considering the opportunity to sign another Argentine superstar in order to increase the depth of the squad.