The SportsLiteSports at just one click!
HomeCricketICC T20 World Cup 2021 New Zealand vs Afghanistan- Man of the...
Cricket 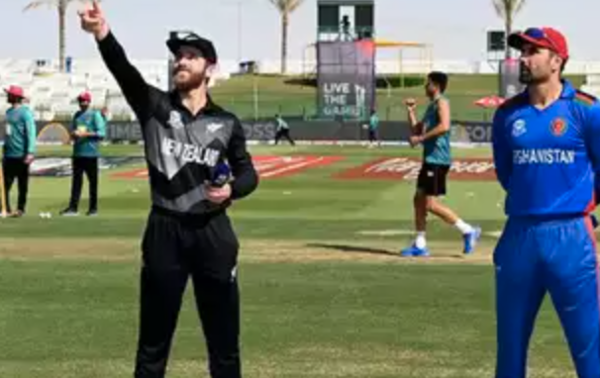 After winning the toss, Afghanistan decided to bat first. New Zealand brilliantly with the ball. They have taken 3 wickets in the powerplay and Afghanistan only scored 23 runs. Afghanistan were pushed on the back foot from the starting. And with each wicket, Indian fans are hurting more than Afghani fans. Najibullah Zadran led the recovery, with some smart cricket, as he added vital partnerships with Gulabdin Naib and Mohammad Nabi. But New Zealand struck back in the Death overs. Afghanistan only managed to scored 124 runs.

Chasing a below par total in a must win match, New Zealand started brilliantly. They scored 45 runs in the powerplay and New Zealand only lost a wicket. After taking wicket of Martin Guptill, Rashid Khan took his 400th T20 wicket. He is a giant in the shortest format. But Devon Conway and Kane Williamson finished things for New Zealand where Kane Williamson played an anchor innings. And with this, New Zealand have won by 8 wickets. And Afghanistan and India are out of the contention for the semifinal spot.

Who won Man of the Match in New Zealand vs Afghanistan match?

Trent Boult, for his brilliant bowling spell, was adjudged as the Man of the Match in New Zealand vs Afghanistan match. He bowled brilliant lines and lengths and set the tone for New Zealand win from the starting with the ball. Also, he took 3 wickets and only gave 17 runs in his quota of 4 overs and was lethal with the ball.

Other players who could have been the potential contenders for Man of the Match in this New Zealand vs Afghanistan match other than Trent Boult were:

And once again, New Zealand upsets India in the ICC events. It is first time since 2012 that India have not made it to the knockouts in an ICC event. It’s too sad for the Indian cricket team. And semifinal spot is now booked for New Zealand.