The SportsLiteSports at just one click!
HomeCricketDwayne Bravo will retire from International Cricket after World Cup- Confirmed
CricketPlayer 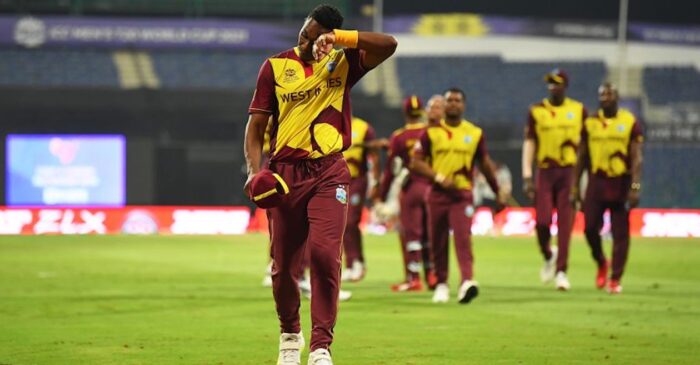 Star West Indian all-rounder and T20 cricket stalwart – Dwayne Bravo will retire from international cricket after the ongoing T20 World Cup in UAE as “time has come” to leave the stage after a career he can be proud of.

The 38-year-old Bravo came out of retirement in 2019 and has been a key member of the West Indies team defending its title in the ongoing T20 World Cup. But now West Indies are out of contention for the Semis race after losing yesterday to Sri Lanka. This year West Indies showed a flop show mainly in the batting department with so many big names in the squad such as Chris Gayle, Kieron Pollard and Dwayne Bravo itself. Earlier in the year, during their home series against Pakistan, skipper Kieron Pollard had said that Bravo was playing his last T20I game on the Caribbean soil.

Also read: Top 10 Greatest Off Spinners of all time

There are hardly any players in the modern era who have been celebrated in the way that Dwayne bravo has been. He was made for white-ball cricket due to his versatile skills. Bravo could bowl as a conventional seam bowler also.

Bravo also talked about this ongoing World Cup. He admitted that this World Cup was forgettable for West Indies. And it was also not the World Cup that neither West Indian players or fans wanted. He also believed that the future of West Indies cricket is very bright.

Now we all will miss the Champion. And this is also necessary to pave the way for young players. He will be one of the best cricketer of West Indies.