The SportsLiteSports at just one click!
HomeCricketICC T20 World Cup 2021 India vs Scotland- Man of the Match...
Cricket 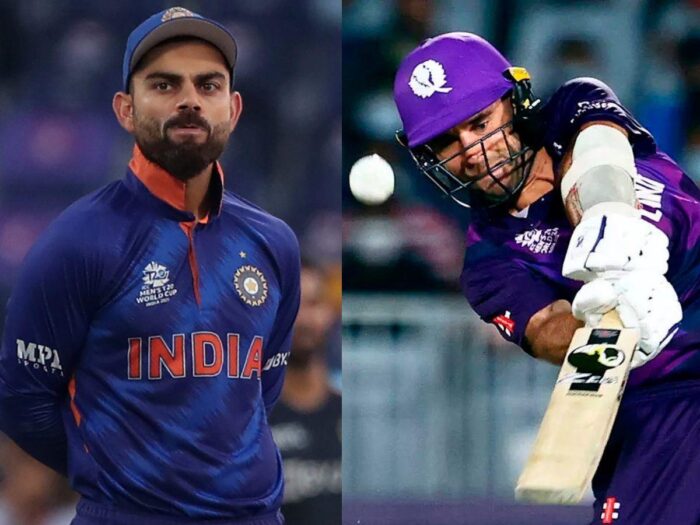 It’s India vs Scotland today. Many believe there will not be any competition in this game provided the high standard of Indian cricket team. But this is not just about win now. This win is to improve the NRR. And today is also a special day for Virat Kohli as today is his birthday. We will also see who won Man of the Match in India vs Scotland match.

Virat Kohli gets the birthday surprise just at the beginning. He won the toss for the first time in this tournament and he chose to bowl first. India is looking to restrict to the lowest score possible. And India did the same. India started brilliantly. In the powerplay only, India took 2 wickets and Scotland only managed to score 27 runs. And it was all India over Scotland for the further game. Scotland bowled out for a paltry score of 85 runs. Indian bowlers bowled brilliant lines and restrict the Scotland batsmen to a paltry total. There was hardly anything to talk about Scotland’s batting. Munsey played some good shots and maybe Leask with a couple as well. But other than that it was a procession of wickets. All the bowlers were just outstanding.

Chasing such a paltry total, Indian openers tried to go hard on Scotland bowlers and they executed that very well. In the powerplay only, India scored 82 runs, that’s really a huge number. They did lose their both openers but the job was done till that point. And India finished the chase in 6.3 overs with a massive six from Suryakumar Yadav. These are the things one do for the sake of good NRR. And India won by 8 wickets.

Who won Man of the Match today between India vs Scotland today?

Ravindra Jadeja, for his brilliant spell, was adjudged as the Man of the Match in this India vs Scotland match. He bowled his career best T20I spell in which he took 3 wickets and only gave 15 runs in his 4 overs. Interestingly, he took 2 wickets in his first over. He bowled brilliantly today and Scotland batsmen have no answers for his bowling.

And with this win, India’s NRR is above Afghanistan and obviously, New Zealand. This is the comeback we all wanted from this Indian side. After losing their first 2 games, they showed us the real meaning of comeback. Now all things depend on Afghanistan vs New Zealand.