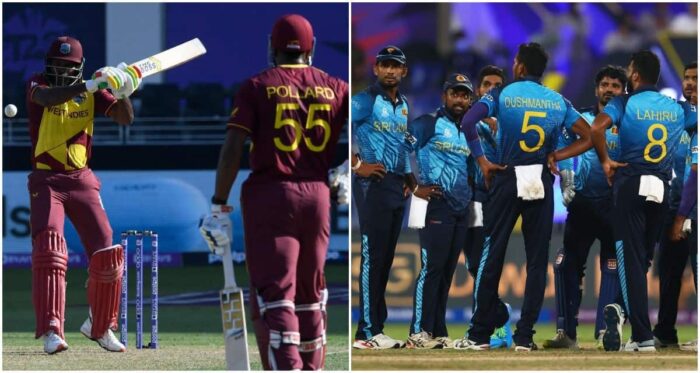 After winning the toss, West Indies chose to bowl first. Sri Lanka made full use of powerplay as they scored 48 runs and lose only 1 wicket. Then in the middle overs, there was a brilliant partnership between Pathum Nissanka and Charith Asalanka. They also scored quick runs. Asalanka played a brilliant innings of 68 runs of 41 balls. West Indies bowlers were not up to the mark and they can’t restrict Sri Lanka to a small total. Sri Lanka scored 189 runs and posted a target of 190 runs for the defending champions West Indies.

Chasing an above par total, West Indies players need to start strong. But their horrible show in batting continues. In the powerplay, they lose 3 wickets but also scored 52 runs. In the middle overs, they scored some runs with Nicholas Pooran played a fine innings. But Shimron Hetmyer played a brilliant innings of 81 runs of 54 balls and remained not out till the end. Once, it was looking that West Indies will be losing this game a big margin but Shimron Hetmyer took them so close. And West Indies lose this match by 20 runs. All the bowlers were brilliant.

Who won Man of the Match in Sri Lanka vs West Indies match?

Charith Asalanka, for his brilliant knock, was adjudged as the Man of the Match in Sri Lanka vs West Indies match. He played a brilliant knock of 68 runs of 41 balls and took his team to an above par total. This youngster played some brilliant cricket in the whole of this World Cup. He also played brilliant cricketing shots. Must be a valuable asset for the Sri Lankan team for the future.

And with this loss, West Indies have been eliminated. Nothing went right for the 2016 champions this time. There has been so much experience in the batting but there is a bad time also. And as the West Indies captain also stressed that this might be the end of the careers of some T20 greats.