The SportsLiteSports at just one click!
HomeCricketICC T20 World Cup 2021 New Zealand Vs Namibia- Man Of The...
Cricket 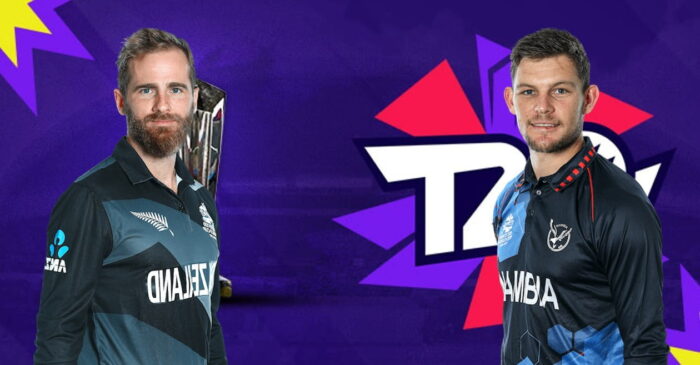 After winning the toss, Namibia opted to field first. New Zealand started brilliantly. At the end of the powerplay, New Zealand scored 43 runs and lost only 1 wicket. And New Zealand remained that pressure on New Zealand in the middle overs. Namibia bowled really well till 10th over. But lost the intensity after that. And after 16 overs, New Zealand were 96 for 4. But then Glenn Philips and Jimmy Neesham took charge. They spared none at the end and also Namibian bowlers lost their plot and bowled freebies. New Zealand scored 67 runs of the last 4 overs. New Zealand set a target of 164 runs.

Chasing an above par total, Namibia started at a brisk rate. They scored 36 runs in the first powerplay without losing any wicket. But Namibia lost the plot in the middle overs after starting well. They lose successive wickets and can’t able to score runs. This is the quality of bowling New Zealand has. Chasing such a stiff target will always be difficult. Boult and Southee choked Namibia as they were beaten by a big margin. And New Zealand won this game by 52 runs.

Who won Man of the Match in New Zealand vs Namibia match?

James Neesham, for his brilliant all round show, was adjudged as the Man of the Match in New Zealand vs Namibia match. He played a brilliant innings at the end and given New Zealand the momentum they want. Also, he scored 35 runs of 23 balls and also took 1 wicket in his only over he bowed. He only gave 6 runs in that over. He was outstanding with his batting and made a brilliant partnership with Glenn Philips.

And with this win, New Zealand stands pretty on the second spot and they can be the second team to qualify for the Semifinal if they win their next match against Afghanistan. If they lose that game, then it would be a clash on the basis of NRR. Very interesting situations awaits us.