The SportsLiteSports at just one click!
HomeCricketShreyas Iyer likely to part ways with Delhi Capitals ahead of IPL...
CricketIPL 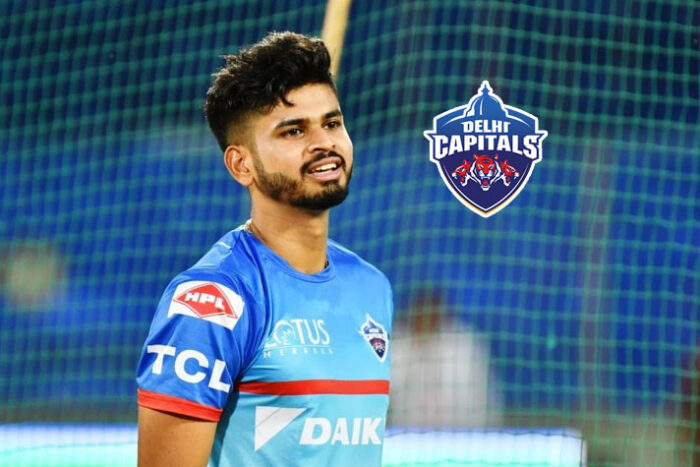 Former DC skipper Shreyas Iyer is likely to part ways with the franchise ahead of the 2022 IPL Mega Auctions. Shreyas Iyer was out of action for 6 months due to a shoulder injury that happened in March. As a result, the Delhi Capitals had to appoint a new skipper in the form of Rishabh Pant for the 14th edition of the IPL. Upon his return in the 2nd leg of the IPL, Iyer was denied the leadership duties of DC. The DC team management decided to continue with Pant as captain following Delhi’s dominance in the first leg.

As per a report in the Times of India, Iyer wants a leadership role and is unlikely to get it at Delhi Capitals, who were led to the playoffs by Pant this season. Thus, Iyer will be making himself available in the mega auction that is set to take place ahead of IPL 2022. After a stellar run in the domestic circuit, Shreyas was bagged by the Delhi Daredevils in 2015. He has been a quintessential part of the franchise ever since and has scored tons of runs. Over the years, Iyer made the number 3 position his own and was the backbone of the DC middle-order. He was given the leadership duties of DD midway through the tournament in 2018. The decision to appoint Shreyas as skipper was made following Gambhir’s backing-out as skipper.

Also Read: Delhi Capitals History, Records, Players and everything you need to know

Iyer has since been a vital cog in the Delhi Capitals‘ batting line-up and has also been one of their most consistent performers with the bat. It was under his leadership that Delhi completely redefined itself and went from mediocrity to genuine title contenders. The Capitals under Shreyas vastly dominated the 2019 season and finished 3rd at its conclusion. The Mumbai-lad led the Delhi Capitals to their first-ever IPL finals in 2020, something which even greats like Gautam Gambhir, Virender Sehwag, and others can’t hold a claim of. Given his calm demeanor on and off the field, Iyer was being polished for great things ahead. Him not being given back the leadership duties upon returning was an unpopular choice received poorly from fans and experts-alike.

What’s in the future for him?

Shreyas Iyer has played 87 matches in the IPL and has 2375 runs to his name. He has scored all those runs at a sublime average of 31.66. His run in the grandest T20 franchise league of them all includes 16 half-centuries with the highest score of 93. With the addition of two new IPL teams next year, quality players like Iyer will be in huge demand. However, this is based on the assumption that he makes himself available for the mega auction. Not just the two new IPL teams; Lucknow and Ahmedabad, but also other teams like KKR, SRH, PBKS, RCB, and others would like to acquire the services of the 26-year-old’s batting and leadership abilities.

Shreyas Iyer was the answer for India’s years-long quest for a perfect number 4 batsman. Shreyas made the position his own after a string of scintillating performances post the 2019 World Cup. Given that there’s been a vacancy in the Indian T20I captaincy slot, Shreyas would have his eyes set on filling in the big shoes left by Virat. Considered to be one of the most stylish players of the game, Shreyas has got everything it takes to carry the burden of the responsibilities.