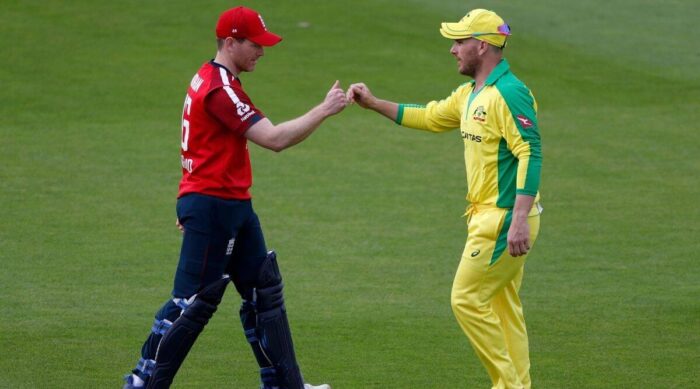 The oldest and fiercest rivalry in cricket history is set to light the T20 stage on fire as the stakes are at a record high. Their encounter at Dubai will mark the first meeting between the two cricketing giants since their bilateral series in 2020. This article provides a detailed preview of the England vs Australia T20 World Cup Match.

The T20 behemoths have clashed against each other on 18 separate occasions in the past. Australia has the upper hand in the rivalry with 10 wins to their name along with 8 losses. However, the heavyweights have collided only twice in the T20 World Cup. Australia emerged victorious in their first encounter in the inaugural edition of the tournament as they chased the 135-run target. However, their second encounter has a lot more gravitas attached to it. Both the sides faced off against one another in the finals of the 2010 T20 World Cup as England finally got their moment to bask in the glory. The Englishmen finally ended their ICC Trophy draught as they became the undisputed champions of the world in 2010.

Both sides have had a spotless record in this tournament thus far. England kicked off the tournament in grand fashion by humbling the defending champs West Indies. The Englishmen folded the Caribbeans for 55 and chased the meager total inside 9 overs. After that, they went on to tame the Bangladeshi tigers in a one-sided victory; chasing the 125-run target within 15 overs. On the other hand, Australia has won both their matches thus far as well. They kicked off the tournament by fending off the Proteas in a final over thriller courtesy of superficial efforts at the death of Stoinis and Wade. A dominant victory against Sri Lanka did the Kangaroos a world of good as it signaled the return of form for veteran openers David Warner and Aaron Finch.

Following a man of the match performance in the previous outing against Bangladesh, England’s Jason Roy would be the prime target for Australia. His dominating batting abilities have the tendency to take the game away from the opposition in no time. On the other hand, David Warner’s scintillating knock of 65 could signal danger for Eoin Morgan and his men. Following a long and dreadful run with the bat, Warner would be keen on proving his doubters wrong. A lot of eyes would also be on Glenn Maxwell as the prolific all-rounder hasn’t been able to reciprocate his IPL performances in the tournament thus far. The 33-year-old would have his eyes set on turning the tide in favor of Australia’s lackluster middle-order performances.

There is no margin for error for either of the sides in the group which is termed by many as the “Group of Death.” It is also understood that the winner of the match is certainly going to end the group stage as table toppers. The stakes couldn’t be any higher as both sides gear up for an unmissable showcase at the Dubai International Stadium on Saturday. Who’s going to come out on top? Our guess is as good as yours. One thing’s for sure that we are in for an absolute barn-burner of a contest.