The SportsLiteSports at just one click!
HomeCricketShocking! These are the Top Five Indian Players Left Out of IPL...
CricketIPL

Shocking! These are the Top Five Indian Players Left Out of IPL Retentions 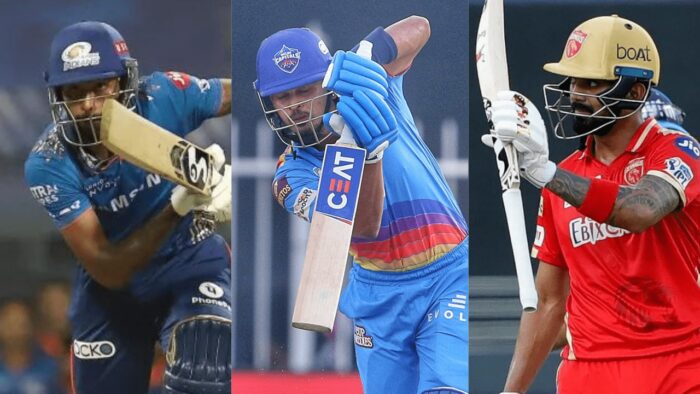 The IPL Mega Auction occurs once every few years as it adds a breath of fresh air to the product. It prevents the tournament from being vastly dominated by a handful of sides and makes sure all sides have an equal footing. It often paves the way to the entry of new additions to the IPL which has been seen in the past with the inclusion of teams like the Kochi Tuskers Kerala, Pune Warriors India, Gujarat Lions, and others. Preparations for the 15th edition of the IPL kickstarted with the disclosure of the retention list from all competing sides. A majority of the list consisted of expected names, a few eyebrow-raising retentions while a vast number of players were let go from their franchises. Now that the IPL Retentions are behind us, let’s take a look at the top five Indian players left out of IPL Retentions.

One of the most heart-breaking releases of the IPL Retention Day came when the Mumbai Indians let their flamboyant wicket-keeper Ishan Kishan go. The decision was hard as he was fighting with Suryakumar Yadav for the only viable spot and the franchise decided to go with the former. Kishan had been a crucial part of MI’s middle order since 2018 and it was during this stint that he really hit the strides. The Southpaw’s breakthrough season came when he emerged as the highest run-scorer for MI during the 2020 season and helped the MI Paltan retain their title. Kishan never looked back and has been a vital part of India’s T20 squad as well. At just 23, there is no reason whatsoever that any side won’t place a bid to obtain his services for the long haul.

In another shocking release coming from the Punjab camp, Mohammed Shami was let go from his contract. The prolific seamer has been a crucial cog in the Indian pace unit across all formats and had been producing the goods for PBKS as of late as well. The decision to let him go was received as poorly by fans as the Punjab Kings only retained Mayank Agarwal and seamer Arshdeep Singh ahead of Shami. Given that he’s still 31 and has a few years left in the tank, it wouldn’t come as a surprise to see Shami steal the show during the IPL auctions as the dark horse.

The squash-buckling all-rounder from Baroda was let go from the Mumbai Indians after 7 glorious years with the franchise. Hardik was an integral part of MI’s batting and bowling set up and was also among the top 3 players to be retained by them before the 2018 mega auctions alongside skipper Rohit and Jasprit Bumrah. It was during these years that Mumbai became a force to be reckoned with and won 4 titles while he was a part of the squad. However, the exclusion of Hardik should not really come as a surprise. His form had been mediocre at best for the Mumbai-based franchise and his lack of bowling in the latter years made him a liability. Despite that, we could very well see teams going out of their way to grab the services of Hardik as he’s one of the biggest names there is in the market.

Of all the cricketers featured in this list, the curious case of Shreyas Iyer stands apart. Iyer had a terrible fate of luck in early 2021 when the 26-year-old suffered a shoulder injury in the wake of the IPL that put him on the shelf for a better part of a year. This implied that he had to forfeit the leadership duties of the Delhi Capitals which were given to him midway through the 2018 season. Upon his return in the second leg of the IPL, Shreyas wasn’t given back the leadership duties as the Jindal-owned franchise decided to continue with their stand-in skipper, Rishabh Pant, as permanent captain.

The decision was poorly received by experts and pundits as Shreyas had proven to be a terrific skipper for DC. He took the franchise to great heights including its first-ever finals in the 2020 season and made the team a force to be reckoned with. Eyeing an opportunity to lead the Indian squad in the future, Shreyas decided to leave the team he had been a part of since 2015. Given the skill and talent he possesses, it wouldn’t be hard to find a buyer who’s ready to give him the leadership duties.

One of the most shocking releases coming out of the Punjab Kings came when they announced that they had let their captain KL Rahul go. He was given the leadership duties of Preity Zinta’s team in 2020 after they decided to part ways with their former captain, Ravi Ashwin. Rahul had been consistently delivering the goods for his team with the bat although the team vastly failed to produce the desired results. It is rumored that the 29-year-old has agreed to sign a contract with Sanjeev Goenka’s Lucknow-based franchise but there has been no official announcement relating to that. Arguably the best T20 batter in India at present, KL Rahul should expect a hefty contract coming his way ahead of the 2022 IPL.