3 Players who can replace KL Rahul as Punjab Kings captain 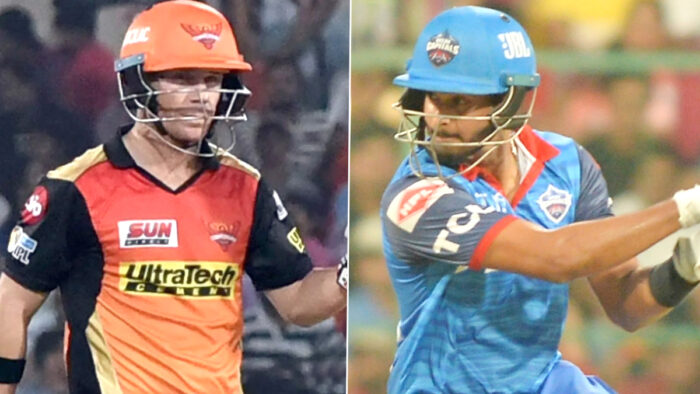 There is no denying the fact that KL Rahul has been the standout batsman for Punjab Kings in the IPL in all the seasons since his debut for the franchise. He scored runs consistently and remained in the top five run-scorers for the last four consecutive seasons. However, despite his contributions with the bat, Punjab finished at the bottom half of the table in all last four seasons. If reports are to be believed, KL Rahul isn’t interested to continue playing for the franchise and is likely part ways with them. The biggest headache for Punjab franchise is to find their next skipper in a hope that the new captain turn the fortunes for the franchise. In this article, we have listed 3 Players who can replace KL Rahul as Punjab Kings captain.

Mayank Agarwal is the only batsman other than KL Rahul who has consistently scored runs for Punjab Kings over the last few years. He formed great opening pair with KL Rahul for Punjab. Unfortunately, his ally might not be around from next year and he might have to open the innings with a new partner. Mayank Agarwal led Punjab on a few occasions when KL Rahul missed out due to different reasons. With KL Rahul parting ways, Mayank Agarwal could be a great option to become the full-time captain of the franchise.

He has a good amount of experience under his belt. He could prove to be a great successor to KL Rahul. Mayank Agarwal scored 441 runs for Punjab Kings in IPL 2021 at an average of 40.09 and a strike rate of 140.44.

David Warner endured a lean run with the bat for SRH in IPL 2021. He couldn’t give ideal starts at the top of the order. This is something which he had done consistently for the franchise for a number of years. Warner’s poor numbers with the bat had a severe impact on the team’s performance in the tournament. Sunrisers Hyderabad even dropped him from the Playing XI. But in the recently finished T20 World Cup 2021, Warner showed that form is temporary but his class is permanent. Recent reports suggest that Sunrisers Hyderabad aren’t likely to retain David Warner for the next season. The Australian cricketer is likely to find himself back at the auction pool.

Punjab Kings could be interested in buying his services for next year. He could not only open the innings for the team but also take on the leadership role. He could be an ideal replacement for KL Rahul for the Kings.

ESPN Cricinfo has confirmed that Delhi Capitals have picked Rishabh Pant, Prithvi Shaw, Axar Patel, and Anrich Nortje as their four retentions for next year. Shreyas Iyer missed out on the first half of the IPL 2021 due to a shoulder injury. He, however, recovered in time and played the second leg of the tournament for Delhi. In 8 matches, he scored 175 runs at an average and strike rate of 35 and 102.33 respectively. Delhi Capital’s former skipper Shreyas Iyer is likely to part ways with the franchise. Iyer recently also expressed his desire to take up the leadership role in the IPL. He might end up leading Punjab Kings in the 2021 edition.

Iyer can strengthen Punjab’s middle-order. Punjab have lacked dependable middle-order batsmen in their batting unit and adding Shreyas Iyer could make things easier for them.

Here are the 3 players which we feel are the players who can replace KL Rahul as Punjab Kings captain.