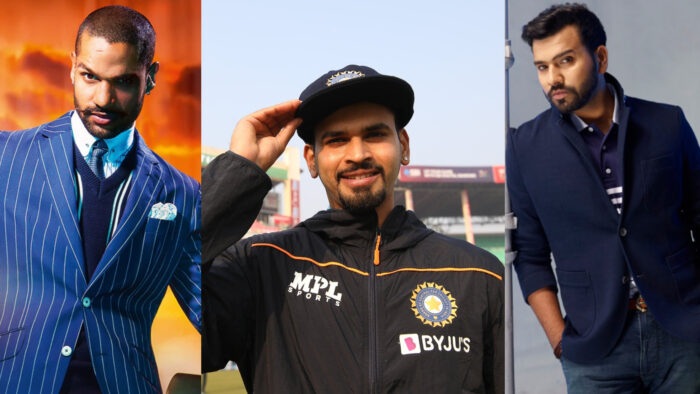 Playing the international debut match is a very crucial moment for a cricketer. The match fulfils the dream of any player to play for his country and every player aims to give his best performance during his debut. When we talk about Tests, few Indian batsmen gave an incredible performance during their Test debut. Making a debut in tests is the most happening thing for a player. In Tests, a batsman gets two innings to show his or her efforts. If a batsman fails to deliver in the first innings, he can definitely make a comeback in the 2nd innings. We will see the 5 Indian players with most aggregate runs on Test Debut.

Former Indian cricketer Lala Amarnath takes the 4th spot in this list with 156 aggregate runs on his Test debut. The right-handed batsman made his Test debut in December 1933 in a Test match against England. Amarnath only scored 38 runs in the 1st innings but smashed a century (118) in the 2nd innings. In the match, India were bowled out for just 219 in the 1st first innings with Amarnath (38) being the highest run-scorer. England scored 438-10. In the 2nd innings, India were bowled out for 258 with a century by Amarnath. With a target of 40 runs, England easily won the match by 9 wickets but Lala Amarnath surely gained the limelight for his incredible batting.

India woman cricketer Shafali Verma is the 3rd player on this list. The 17-year-old made her Test debut in a match against England. She managed an aggregate of 159 runs on her Test debut after smashing brilliant knocks in both innings. The right-handed batswoman smashed 96 runs in the 1st innings. In the 2nd innings, she scored 63 runs. India managed to get a brilliant start by openers Smriti Mandhana (78) and Shafali Verma (96), who scored an opening partnership of 167. However, a batting collapse that followed restricted India to 231 all-out.

Sneh Rana and Taniya Bhatia’s unbeaten knocks of 80 and 44 respectively helped India to evade a defeat as the match ended in a draw.

Shreyas Iyer, who recently made his Test Debut in the first Test match against New Zealand, scored a century in the first innings and also scored a half century in the second innings. In the both innings, he came at a time when India was under pressure. But he soaked pressure well and scored runs in both the innings. His century partnership with Ravindra Jadeja was match changing partnership.

He scored 105 runs off 171 deliveries in the first innings and 65 runs in the second innings. He was the first Indian player to score a century and a half century in both the innings of a Test Match. For his brilliant performance, he was the Man of the Match in India vs New Zealand 1st Test.

Rohit Sharma holds the 2nd spot in this list. The right-handed batsman scored an aggregate of 177 runs on his Test debut. Sharma made his Test debut in November 2013 in a match against West Indies. He scored 177 in the first innings. West Indies were bowled out for 234 in the 1st innings after batting first. With Rohit Sharma’s spectacular 177-run knock, India reached a mammoth total of 453-10 on the scoreboard in the 1st innings. India won the match by an innings and 51 runs and Rohit Sharma was awarded player of the match for his spectacular century.

Rohit Sharma have to wait for his Test turn, but when he became an opener in Tests, he is out of reach.

Shikhar Dhawan gets the top spot on this list. The Indian cricketer accounted for an aggregate of 187 runs on his Test debut. The left-handed batsman made his Test debut in 2013 in a match against Australia. Dhawan scored 187 runs in the lone innings he played in the match. Australia batted first in the match and scored 408 in the 1st innings. For India, openers Murali Vijay and Shikhar Dhawan smashed incredible knocks of 153 and 187 respectively. India were bowled out for 499 in the 1st innings. Later, Australia were bowled out for just 223 in the 2nd innings, keeping an easy 133-run target for India. Shikhar Dhawan did not open in the 2nd innings and before his arrival on the field, India managed to win the match by 6 wickets. Dhawan was awarded player of the match for his century.

Dhawan is not a regular member for India in Tests currently. In 34 Test matches, he has piled up 2315 runs at an average of 40.61. He has also smacked 7 centuries and 5 half-centuries. He last played a Test match for India in 2018.

5 Indian Players With Most Aggregate Runs On Test Debut