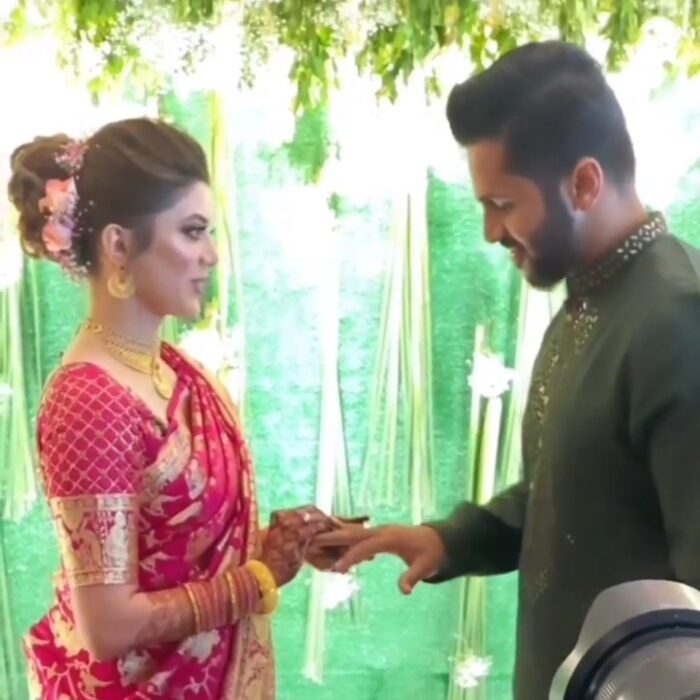 The couple decided to get engaged in a privately held ceremony at the Bandra Kurla Complex, which is a facility of Mumbai Cricket Association, on Monday. Around 75-odd guests were invited most of them were either the family members of the couple or their close friends. If reports are to be believed, the couple is planning to get married after the 2022 T20I World Cup which is slated to be held in October-November in Australia.

“There is a small engagement function at the Mumbai Cricket Association’s facility in BKC on Monday, for which he has invited 75-odd guests-mostly close friends and family members. The wedding is likely to take place after the T20 World Cup in Australia next year,” a source close to the player told TOI.

A video of Shardul and Mittali’s engagement is doing rounds on Social media. The couple is seen exchanging the engagement rings. Shardul’s fans are very elated with the engagement news. Wishes are continuously pouring for wonderful couple on different social media platforms.

Shardul Thakur is a regular member of the Indian Cricket Team. His last outing in the blues was in the during the T20 World Cup 2021. He played a couple of matches but went wicketless. Notably, the 30-year old Indian pacer, who hails from Mumbai, has currently been rested from the home series against New Zealand. Thakur is currently going through the purple patch of his career. He was the leading wicket taker for the Chennai Super Kings. and most importantly, helped them to lift their 4th IPL Trophy in the 2021 Edition.