Know about Top 5 players with the most runs in T20I 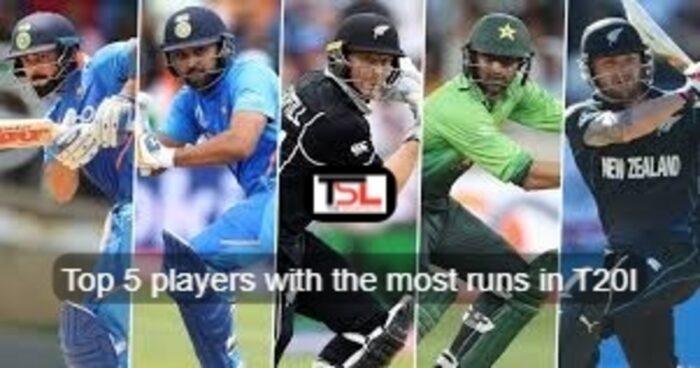 T20 cricket is probably the most entertaining format in the game. And that excitement increases when it gets mixed with patriotic sentiments. Yes, I am speaking about T20 Internationals. Over the years, the cricketing world has seen many fiery batters playing on the big stage consistently for a long period. In this article, we will discuss the Top 5 players with the most runs in T20I.

Top 5 Players With Most Runs In T20I

The Australian ODI and T20 Captain ranks fifth in the list. Aaron is a well-built aggressive batsman known for his quick acceleration abilities. Finch has scored 2473 runs in 76 matches so far with a strike rate of 150.24 in T20 Internationals. He made his T20 debut for his country back in 2011.

Paul Stirling is a legend when it comes to Ireland Cricket. Sterling has struck 2495 runs so far in T20 Internationals with a strike rate of 135.89. Stirling made his T20 debut in 2009 aged only 18. Since then he has been an integral part of the Irish team.

Rohit Sharma is one of the best openers in every format. On his day, Rohit can be the most destructive batter in the world, hitting everywhere in the field. Rohit made his T20 debut back in 2007. He has scored 2846 runs in 111 matches so far with a strike rate of 138.96.

The Kiwi superstar ranks 2nd in our list, Martin Guptill is a very destructive batsman when in form. He is also known for playing unconventional shots all over the ground. Guptill made his T20 debut back in 2009. Since then he has scored 2939 runs in 102 matches so far with a strike rate of 136.82.

Virat Kohli is the highest run-scorer in T20 Internationals. He has got 3159 runs to his name in 90 matches with a strike rate of 139.04 so far. Virat started his T20I career back in 2010. Virat is one of the best and technical batsmen in the cricketing world for a long time. He will be looking to increase his tally in the upcoming T20I World Cup.