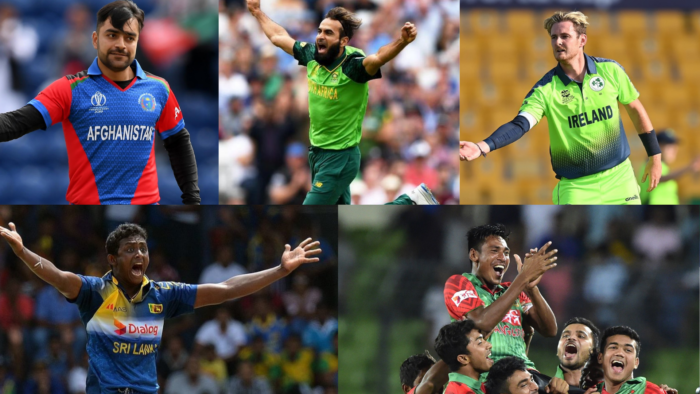 It’s a common notion that cricket has slowly converted into a batsman’s game . However, even with the odds stacked against them, there are a few outrageously talented individuals who can hold their own no matter the conditions .These five bowlers have done exceptionally well in T20Is and have managed secure the top five positions in this list . So ,here is the list of top five bowlers with fastest 50 wickets in T20I .

The 26-year-old Bangladeshi left-arm fast bowler Mustafizur Rahman who’s popularly known as The Fizz secured the fifth position in the list. He made it to the list by taking 50 wickets in T20 International by just playing 33 matches. In the year 2015, Mustafizur made his T20I debut against Pakistan where he took the wickets of Afridi and Hafeez. He initially lacked pace but with time and experience he keep on improving. Though his International career suffer a lot because of injuries and getting ruled out.

The 23 old youngster of Afghanistan Rashid khan stood fourth in this list. He secured this position by taking 50 wickets in T20 International by just playing 31 matches. In 2015 he made his T20 International debut against Zimbabwe .So far he is the first bowler to take a five-wicket haul in two overs in a T20I match . In 2017 he did a commendable job by taking his maiden T20I five-wicket haul against Ireland. Over the years he has been one of the most sought after players in T20I so far.

The South African spin bowler Imran Tahir secured the third position in this list. He sealed this position by taking 50 wickets in T20 International by just playing 31 matches. Tahir made his T20 International debut in the year 2013 and made this record in 2017. From his customary sprint, after he picks up a wicket to the roars, Tahir’s enthusiasm has kept him going throughout his journey so far. So, he was named T20 cricketer of the Year for South Africa in his debut year only where he impressed everyone with his abilities.

The Irish allrounder who’s a right-arm fast bowler Mark Adair sealed the second position in this list. He secured this position by taking 50 wickets in T20 International by just playing 28 matches. In 2019 made his T20 International debut and after just 2 years he made this record. Because of his spectacular performance and also his abilities to perform and contribute with both bat and ball, he was named to Ireland’s squad for the 2019 ICC T20 World Cup Qualifier tournament. He was the leading wicket-taker in that tournament for his where he took 12 wickets in 8 matches.

The Sri Lankan bowler Ajantha Winslow Mendis stood first on the list. He’s the fastest bowler to complete 50 wickets in T20 Internationals by playing just 26 matches . In 2008 he made his T20 international debut and next year was the third-highest wicket-taker in the 2009 ICC WC T20. His ability to bowl a mixture of deliveries which is the reason behind him making this spectacular record which is still unbeatable.