Top Five Players with Most Fifties in T20 World Cup 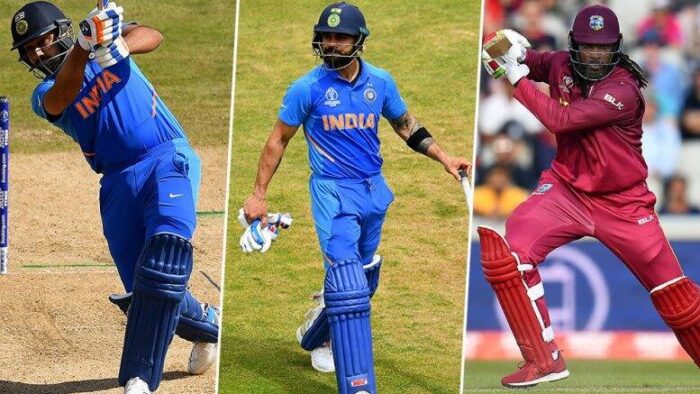 T20s are often considered not to be everyone’s cup of tea, especially if you’re a purist. The explosive nature of the format often exploits the very essence of the game. Consistently scoring runs becomes almost impossible. Add on the weight of millions of expectations on your shoulders and the pressure gets multiplied. However, there are some who seem to have nonchalantly mastered it. Consistently putting up a good fight, the following players have scored the most half-centuries more than anyone. That being said, here is the list of the top five players with the most fifties in the T20 World Cup.

Have look at List of players with Most Half-centuries in T20 World Cup:

Tillakaratne Dilshan, one of the best openers Sri Lanka ever produced has represented Sri Lanka in 35 matches in WT20. In his stint with the Lankan Lions in the T20 World Cup, Dilshan hit 6 half-centuries. He scored 897 runs with an average of 30, while his highest individual score is 96*.

Rohit Sharma is one of the very few players to have featured in all editions of the WT20. In his T20 World Cup career, the Hitman has played 28 matches scoring 673 runs with a strike rate of 127.22. Rohit has also managed to score 6 half-centuries with the highest being 79*. Still going strong at 34, Rohit would have his eyes set on going toe-to-toe with his fellow teammate Virat.

Sri Lanka’s veteran Batsman, Mahela Jayawardene has secured the third position on this list. Mahela scored an astounding 1016 runs which include a solitary century and seven half-centuries in his glorious stint in the T20 World Cup. Having not been featured since 2014, Jayawardene still holds the record for the most combined runs scored in the T20 World Cup. A pioneer of Sri Lankan cricket, Mahela’s legacy continues to live on through his records.

Chris Gayle equalizes the record held by Virat Kohli for the most half-centuries in the T20 World Cup. However, he misses out on the top spot having played more matches than him. Having represented the Caribbeans on 28 occasions, Gayle has scored an impressive 920 runs including 2 centuries and 9 half-centuries. The “Universe Boss” has the perfect stage to flirt with the idea of topping Virat and regaining the crown that once belonged only to him.

Considered the “King” of cricket, Virat sure has batted like one in the T20 World Cup. Miles ahead of his competition in the short stint he’s had, Virat sits at the no. 1 spot. In just 16 innings in the tournament, Virat has scored 777 runs thus far with an un-Godly average of 86.33. Virat has 9 scintillating fifties to his name which makes him the player with the most fifties in the T20 World Cup.

Top Five Players with Most Fifties in T20 World Cup