The SportsLiteSports at just one click!
HomePlayerWho is Suhas Yathiraj, the IAS officer & World No.2 in para-badminton...
PlayerTokyo Paralympics 2020

Who is Suhas Yathiraj, the IAS officer & World No.2 in para-badminton ? 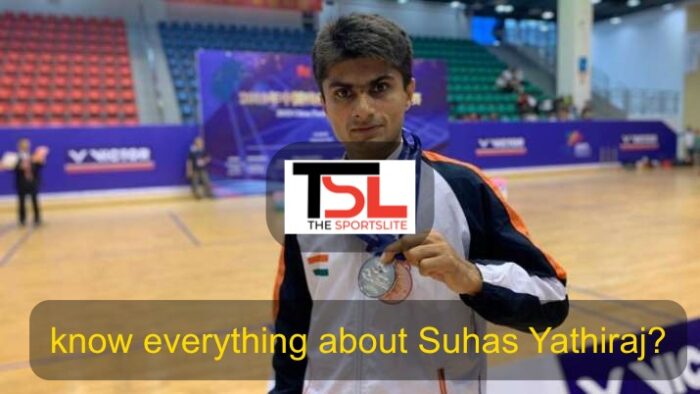 Who is Suhas Yathiraj?

Suhas Lalinakere Yathiraj was born on 2nd July 1983 in Hasaan, Karnataka. He is a para-badminton player who represents India in the sport of para-badminton. Currently, he holds World No.2  ranking in the classification he plays in.

Interestingly he is also an IAS officer of the 2007 batch of Uttar Pradesh cadre. Earlier he was the District Magistrate of Prayagraj, while now he serves as the DM of Gautam Buddha Nagar.

How did his journey start? 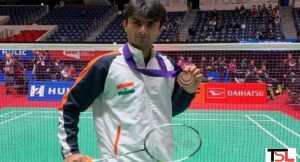 The early life of Suhas Yathiraj

The early schooling of Suhas happened in Dudda which is near Hassan district. Since Suhas’ father happened to be a Government Servant, he had to regularly travel with his father during his postings in different regions.

Suhas completed his graduation from the National Institute of Technology which is in Surathkal, Karnataka. He scored first class with distinction.

Uttar Pradesh government recognized Yathiraj’s exemplary performance across years. They felicitated him with the highest civilian honor of UP, Yash Bharti.

He was also awarded the Best Para Sportsperson by the state government on the occasion of World Disability Day in 2016. 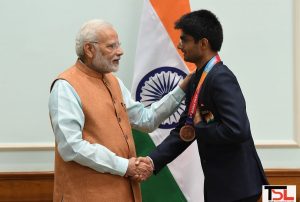 Suhas was also felicitated by the Badminton Association of India during the Premier Badminton League in 2017. Later, Yogi Adityanath gave him a special award for winning International medals for the country. Along with the award he also received a cash prize of 10 lakh rupees.

Apart from this Suhas has participated in many BWF Para-Badminton Championships and he has a very impressive haul of medals to show for his hard work and perseverance.

Performance at the Tokyo Paralympics 2020

Suhas Yathiraj also represented India at the Tokyo Paralympics. He participated in the men’s singles SL5 event where he was one of the medal contenders.

He came out all guns blazing and breezed through the group stage losing only one match to world no.1 Lucas Mazur. He also sailed through the semis to meet Mazur again in the all-important finals.

He put up a brave fight as he gave the Frenchman a run for his money. But Lucas quickly regained his composure and closed out the match, thus winning the gold medal.

Rohit Kumarhttp://thesportslite.com/
A seccond-year political science honours student at Delhi University who has won many accolades in quizzes, debates, creative writing, MUNs and many more. An ardent sports enthusiast who's been following the Olympics since he was 13.
RELATED ARTICLES
Football

Tilak Varma Net worth and IPL salary 2022: How much does he earn?

Lalit Yadav Net worth and IPL salary 2022: How much does he earn?

Bhanuka Rajapaksa IPL 2022 Salary and Net Worth: How much Punjab Kings Wicketkeeper earns?

Who Is Harshal Patel Girlfriend? Know All About his Rumoured Gf Devarshi Joshi