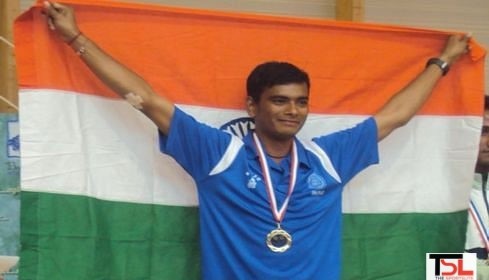 Manoj Sarkar was born on 12th January 1990 in Rudrapur, Uttrakhand. He is an Indian para-athlete who represents India in the field of Para-badminton in the Sl-3 classification. Manoj currently holds the number 1 rank in the world in the classification he plays in.

Manoj suffers from a PPRP Lower limb condition. This acutely arised due to wrongful medical suggestion and treatment at a shockingly tender age of one. 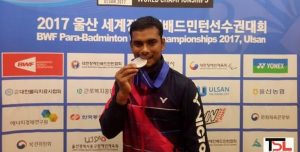 Manoj has played in multiple tournaments and has left the spectators spellbound through the exhibition of his skills and talent.

He started his professional journey when he got an entry into the 2015 BWF Para-Badminton World Championships. Manoj also won the gold in the Men’s Doubles SL3 – SL4 classification and followed it up with a bronze in Men’s Singles.

He also participated in the Asian Para-Badminton Championship in Beijing in 2016, where he won the gold medal in men’s singles and a bronze in men’s doubles. 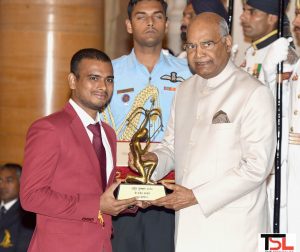 Manoj followed this up with another slew of medals at the 2018 Asain Para Games in Jakarta-Palembang. He won a bronze medal in men’s singles SL 3 classification and another bronze in the Men’s Doubles.

More recently the world no.1 participated in the 2019 BWF Para-Badminton World Championships and won a Gold in the Men’s Doubles and a bronze in Men’s Singles.

Manoj also represented India at the Tokyo Paralympics 2020 where he put up an exemplary performance to bag the bronze medal.

He defeated Japan’s Daisuke Fujihara in the bronze medal match to add to India’s impressive medal tally at the games.

Due to his exemplary performances across years in the sport of Para-Badminton, Indian President – Ram Nath Kovind felicitated him with the Arjuna Award in the year 2018.