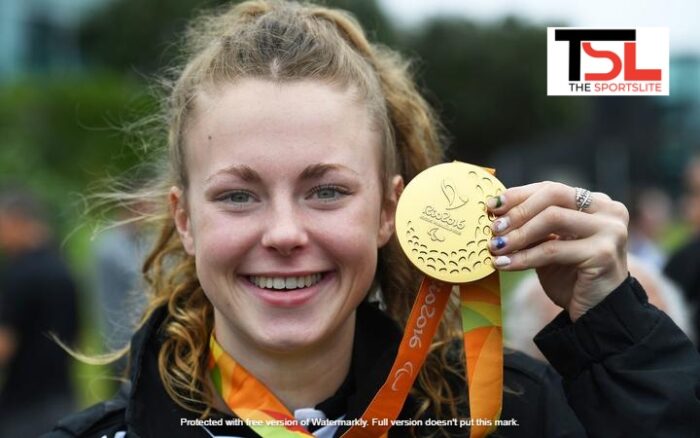 New Zealand’s Anna Grimaldi wins the gold medal in the long jump T47 event in the National Stadium in Tokyo. The Flying Kiwi also broke the long-standing Paralympics record on her way to winning the yellow metal.

The 24-year-old athlete from Dunedin produced an out-of-this-world jump of 5.76 metres. This jump was enough to secure the gold medal for her. Her gold medal-winning effort was still short of her personal best of 5.91.

But she still did manage to beat her winning jump at the Rio Paralympics in 2016 by a massive 14cms. 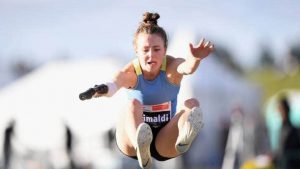 The silver medal won by Aleksandra Moguchia of the Russian Paralympic Committee. Whereas the bronze medal was clinched by Kiara Rodriguez of Ecuador with a creditable effort of 5.63m.

The top three athletes once involved in a fierce competition for the gold medal. It was only after Grimaldi’s record-breaking jump that a bit of certainty about the podium position crept in.

But throughout the event, Grimaldi never looked out of control as she always maintained a lead over the other two athletes who finished on the podium. 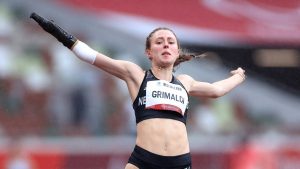 Anne was born without her right hand due to a phenomenon, known as congenital limb reduction.

She burst onto the scene at the 2016 Paralympics held in Rio de Janeiro, where she won the gold medal in remarkable fashion.