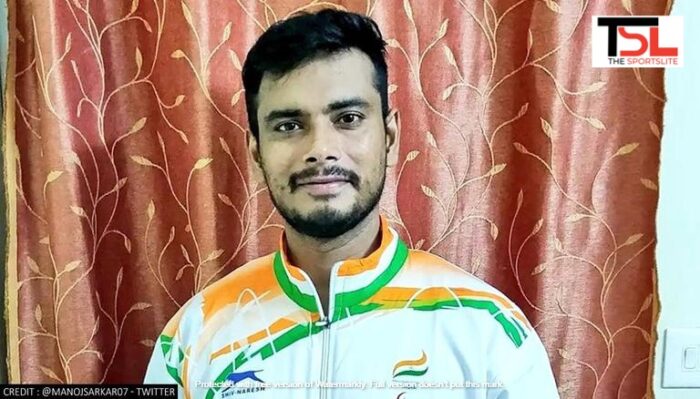 At the end of the match, the scoreline read 22-20 and 21-13 as the Indian outclassed the Japanese on his home turf.

Manoj Sarkar is ranked world no.3 in this event which is lead by another Indian Pramod Bhagat. It was Sarkar who started the proceedings with the first point of the match after which the Japanese raced to a three points lead at 4-1. After this Sarkar regained his composure and levelled the points at 5-5 following which he started building a slender lead.

The Indian lead by three points at the mid-game interval but Fujihara looked in good touch in the second half as he clawed back into the contest levelling the score at 19-19.

At this point, it was all about who could hold their nerves and perform better. It was Manoj who came out trumps as he won the first set 20-22.

In the initial stages of the second game, Fujihara looked a bit out of touch as he virtually gifted points to Manoj due to silly errors of judgements. Manoj raced past the Japanese at the mid-game interval when the scoreline read 11-6.

In the second half of the second set, Manoj seemed to have rediscovered his magic touch as he completely overwhelmed his opponent with a flurry of winners and fade shots.

Daisuke had no reply to any of this as he looked completely out of colour.

Eventually, Manoj bagged the second game with a scoreline of 21-13 which clearly exhibits the domination o the Indian over his Japanese opponent.