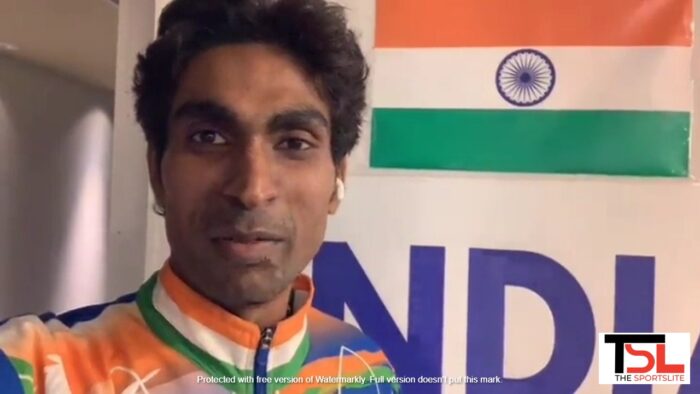 Pramod became the first Indian badminton player to win a gold medal in badminton either at the Olympics or the Paralympics.  Another Indian star P.V Sindhu came close in Rio Olympics 2016 but was defeated by Carolina Marin of Spain.

Bhagat came out all guns blazing the match as he maintained his composure really well in the first set. He chipped away with crucial points at important junctures to deflate his opponent. 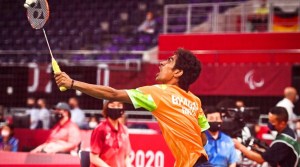 The British shuttler looked to dictate the pace of the rallies but to no avail. His attacking shots too were no match to the imperious defense of the man from Bhubaneshwar.

In the second game, the Englishman came in with much greater intent. He raced to a massive lead of eight points as he now waited for the errors to come from Bhagat by virtue of playing a patient game.

And the errors did come from Bhagat as he struck the cork wide a couple of times. Bethell led at the mid-game interval with the scoreline reading 11-5. 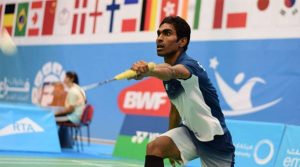 At one point the chasm between the two shuttlers became an astonishing 8 points. It almost seemed that such a lead was insurmountable and that the game was headed towards a decider.

But Pramod came back in scintillating fashion as he put on an exhibition of some world-class skills and his famous deft touches and smashes. The British seemed clueless against the onslaught by the Indians.

Eventually, Pramod wrapped up the match by 21-14 and 21-17. After winning the first ran towards his coach to celebrate as tears of happiness and contentment trickled down the cheeks of the 33 years old man.