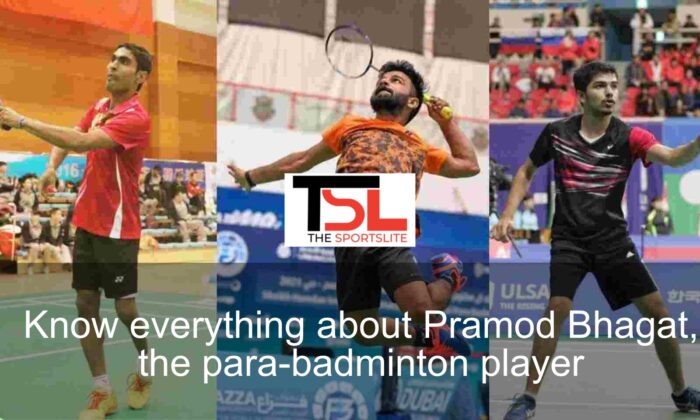 Who is Pramod Bhagat?

Pramod Bhagat was born on the 4th of June 1988 in the Bargah district of Odisha. He is an Indian para-athlete. He represents India professionally as a para-badminton player. He’s been one of the better players in his category while also achieving the rank of World No.1

Which sport does Pramod Bhagat play?

Pramod is one of six brothers and sisters in his family. At a very tender age of five, he developed a defect in his left leg. At the age of 13, his father took Pramod to watch a Badminton match which fascinated Pramod to no bounds.

He trained really hard for the next two years where he deeply indulged himself in the game of badminton. He learned the smallest of nuances which included the footwork, fitness, and fixture of the game. 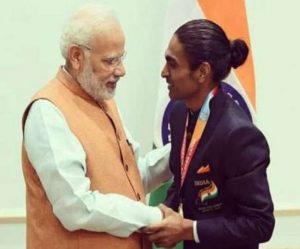 Pramod Bhagat got to play the very first badminton tournament of his life against normal category players at the age of 15 years. He was very motivated by the boisterous support he received from all the spectators and decided to pursue badminton ahead in his life.

Pramod Bhagat started what promised to be a very illustrious badminton career at the age of 25. He first participated in the BWF Para Badminton World Championship 2013.

He struck gold at the first time of asking and also did well to mesmerize one and all with his raw talent.

His achievement at International Stage 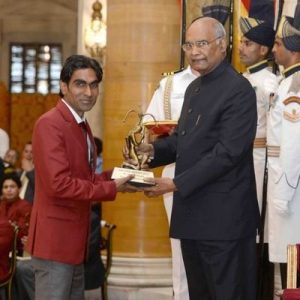 After his 2013 achievement, there was no looking back for Pramod as he went on to participate in numerous tournaments and left the spectators spellbound with his trailblazing technical skills.

One his most prestigious felicitations include the Gold medal he won along with a bronze at the 2018 Para- Asian Games in Jakarta.

Apart from this his awards cabinet also boasts of multiple medals that he’s earned at the BWF Para-Badminton World Championships across years.

Performance in the Tokyo Paralympics 2020

Pramod Bhagat was the strongest medal contender in his event. And the Indian perfectly lived up to the expectations as he bagged the gold medal.

He remained virtually unchallenged by his opponents throughout the course of the games. He won most matches in an overwhelming fashion.